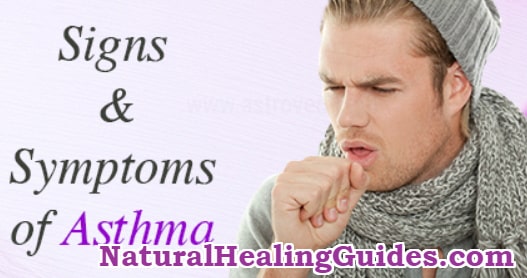 Based on recent statistics, it is estimated that there are about 300 million persons suffering from asthma in the world today with about a quarter of a million deaths each year.

While this disease affects anyone regardless of age, the major sufferers tend to be children as the signs of asthma begin during this time.

Asthma refers to a respiratory condition where a person?s bronchi (respiratory airways) are swollen and become so narrow that breathing becomes difficult.

This condition is a chronic one i.e. long-lasting and can interfere with a person?s normal life.

While there are several contributing factors that can lead to asthma ? as we?ll consider later ? the major cause may be due to an allergy.

As stated above, one major factor that contributes to asthma is exposure to an allergenic substance or some other hypersensitivity. However, the primary cause of asthma is still not known.

That said, the inflammation around the walls of the bronchi not only limits the passage of air through the lungs, but also increases the risk of allergic reactions.

According to researchers, among children, the boys have a higher risk of developing asthma than female children. This is due to the fact that the bronchi in boys are smaller than those in girls. Contrastingly, as they get older, the women tend to be more predisposed to the disease than men.

Risk factors that contribute to asthma

The following are some of the major factors that contribute to the development of asthma in both adults and children.

Signs and symptoms of asthma

Asthma can be a life-threatening disorder as it comes with several dangerous symptoms. Generally speaking, common symptoms of an asthmatic attack include pain in the chest region, wheezing and coughing, difficulty in breathing, and coughing. Other signs of asthma are increased heart rate, waking up early, and shortness of breath.

The symptoms of asthma can be aggravated when the person is exposed to asthma triggers such as allergens, air irritants, respiratory problems, and physical activities that may stress the bronchi.

While exposure to the aforementioned triggers can initiate an asthma attack, the symptoms can occur at any place and time and can last for as long as hours, or even days.

These symptoms and more can negatively affect the life of the sufferer by limiting their social involvement, which, in the long run, can lead to stress and depression. As such, it is advised that you seek professional medical help and by visiting an allergist.

Symptoms of asthma in children

Asthma in children, or pediatric asthma, comes with some conspicuous signs that can last for weeks. It is said that this chronic disease is the most common among children, especially among those living around asthma triggers.

According to research, most asthmatic children tend to start showing some signs of the condition before the age of five. While this might be tough for parents, it is, however, important that they do not take the matter lightly when they observe any of the following:

Symptoms of asthma in adults

Like children, the symptoms of asthma are the same.

How to diagnose asthma

The medical history is the first step and will involve a disclosure of your personal history relating to allergies and symptoms of asthma as well as any other related information.

The physical examination, on another hand, is done to check for signs of asthma around the respiratory system. This process usually involves examining the chest and skin.

Breathing tests, or pulmonary function tests, are the last part of the three-pronged diagnostic process. These tests are basically done to ascertain the level and pace of breathing. One of such tests, called the spirometry test, is done to compare the breathing capacity of a patient with standard measurements based on the person?s age.

It is important to state here that there is no cure for asthma. Since it is a chronic condition, the only way to treat it is by managing it.

A very important step for controlling asthma is by visiting your doctor regularly, for instance, every 3 to five weeks. This is so that your doctor runs some tests to know whether you are efficiently controlling the condition.

Most medications for asthma are in powdered form and are administered using an inhaler. Asthma medicines can also come in the form of pills, but they are less common.

Vitamin D: According to a 2013 report in the Journal of Allergy and Clinical Immunology, researchers found that vitamin D can help in reducing the symptoms of asthma.

Aside from the use of medications, there are reports, albeit unconfirmed, that the use of non-standard medical methods can help to allay the symptoms of asthma. Further, there is insufficient evidence for the use of therapeutic methods such as chiropractic and homeopathy in reducing asthma symptoms.

How to prevent asthma

Since the exact cause of asthma is still unknown and there is no cure, it also means that there is no way of preventing the disease. However, there are certain methods of preventing asthma attacks and complications.