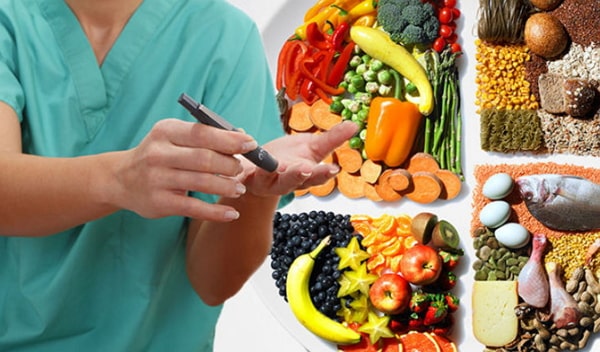 Diabetes is a blood related ailment which results from the body?s inability to properly absorb glucose. When food is consumed, it is broken down by the body and converted into a form of energy known as glucose.

Glucose is the most relevant form of energy which every living thing needs, to function properly. Insulin is a substance produced by the pancreas; its function is to aid your cells in absorbing glucose so your body can make use of it.

The most common types of this disease occur as a result of a lack of insulin production or the inability of insulin to properly carry out its function. Type 1 and type 2 diabetes are reportedly the most common forms of diabetes which quite a number of people suffer from. This disease has been known to lead to other types of ailments like stroke, kidney failure, heart related issues etc.

Usually when this medical issue sets in, the condition can only be carefully managed but is yet to have a cure. Medication, healthy diet and exercise should be taken seriously. Some signs off diabetes include blur vision, frequent hunger, thirst and urination. However some people may not necessarily display these symptoms strongly.

There are majorly about three types of diabetes which people suffer from although some types are more common than others.

This type of diabetes mostly occurs in children and teenagers in rare cases it could also occur in adults. When it develops, for unexplainable reasons the immune system of an individual attacks the cells called islets which are responsible for the production of insulin; thereby destroying most or all of these cells. This in turns creates an insulin deficiency in the body.

Insulin is very necessary for the survival of a person as without the production of insulin, it is practically impossible for the cells to receive the necessary energy in order to function. The production and secretion of insulin is what opens up the body cells and allows them absorb glucose (broken down sugar) which supplies energy to the body.

The islets cells sense glucose when it enters the body and immediately get to work and produces just the right amount of insulin necessary for the amount of glucose in the system per time. When glucose is not being properly absorbed by the cells, then the blood has a high level of sugar. The presence of sugar in the blood for an extended period of time could lead to more severe and even life threatening health conditions. 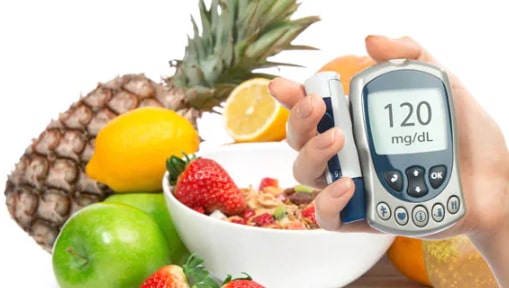 Getting the right dose to administer is very important as a patient does not want to inject too little or too much into the blood stream at a time. Diets should be carefully monitored always to properly gauge the dosage of insulin.

This kind often occurs mostly in the adult population. In this case it is either the body does not produce the level of insulin proportionate to the level of glucose in the blood or the body cells oppose and fail to respond to the presence of insulin.

The exact cause of this kind of diabetes cannot be pin-pointed but doctors believe that certain conditions could be contributing factors. Some of which include obesity, inactivity, hereditary factors. In the case of obesity, the presence of too much fat in the body could create blockages around cells and arteries consequently restricting them from absorbing insulin.

This type of diabetes also is yet to have a cure but it is recommended that affected individuals eat healthy, exercise/ lose weight and become as active as possible.

This condition is a very serious one and should not be taken lightly as if left unchecked; it leads to more dangerous health conditions which can affect the blood vessels, the kidney, heart and the entire body functions. It is therefore advisable to generally maintain a healthy lifestyle to avoid and also to manage this disease.

Gestational diabetes shows up in pregnant women. Various hormonal changes which take place during pregnancy is sometimes said to be responsible for this type of diabetes.

The condition is also characterized by high blood sugar and has to be carefully managed so it does not affect the health of the mother/ child or create complications during pregnancy and delivery.

It has sometimes been said to trigger early labor in pregnant women. It could also cause a baby to be born with excessive weight which could result in the woman having to undergo a C-section. Women with this condition are assigned medication if necessary but they are mostly encouraged to stick with good and healthy diet plans and regular exercise.

This kind has little or no symptoms and in most cases the body goes back to normal after the baby is born. But often times, patients have to be monitored over a period of time as they stand a chance of developing type2 diabetes.

This is not really termed as diabetes but more or less a warning sign. At this point the individual?s level of blood sugar is higher than what it should be, but is not quite at the stage where it can be described as diabetes.

Pre-diabetes could go either way; if not properly managed, it could result in diabetes but if a healthy lifestyle is taken seriously then this condition can be avoided.

List Of Healthy Foods For Diabetics To Control Diabetes

As a diabetic patient, diligently watching your diet should be a top priority. Diet undergoes major changes, a patient will have to moderate the intake of certain foods and completely eliminate some other foods from his/her diet list. Diabetics are encouraged to substitute foods containing starch and sugar in favor of foods rich in fiber, protein and vitamins. Patients should also stay away from processed foods and beverages as much as possible.

To accompany your soups, you can also eat staple Nigerian dishes often referred to as swallow in Nigeria. These foods should be richer in fiber than starch like unripe plantain flour and wheat meal can be made into Nigerian swallow and consumed by diabetic patients. 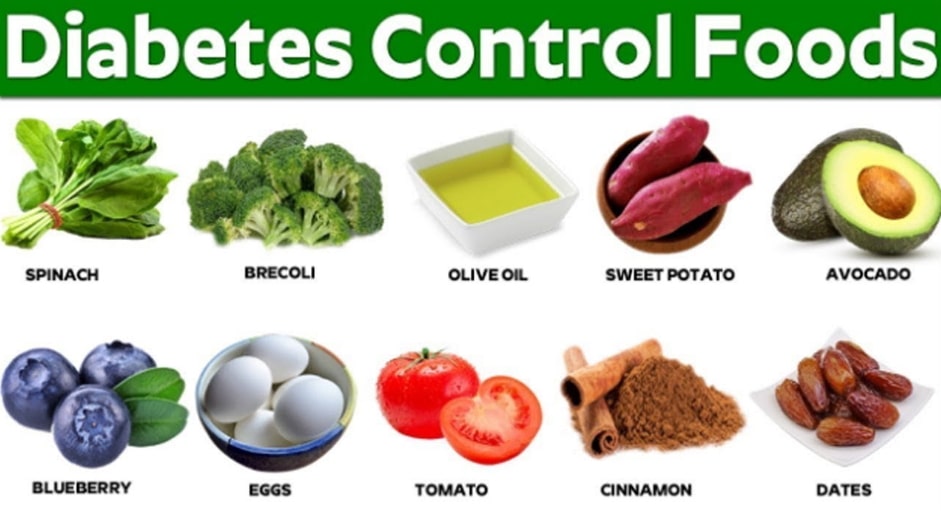 Most fruits can also be eaten by them with certain conditions of course. Fruits should be eaten in small and carefully calculated quantities at a time. The fruits should also be fresh, not over-ripe, not dried or processed fruits. Dried and over-ripe fruits tend to have high concentration of sugar.

Also taking these fruits in form of juice or smoothies should be avoided. Eating little amounts of fruits at a time to reduce the content of sugar in the blood is the objective. To get a glass of juice or a glass of smoothie requires you using a lot of fruits. Much more than the quantity a diabetic patient should consume at once. Fresh or processed fruit drinks should be avoided as much as possible.

Tomatoes are good sources of healthy vitamins which have been known to protect the system from several diseases. Fresh tomatoes can be consumed raw or blended into paste and used to make tomato sauce. Tomato sauce can go along with the likes of fresh/ dried fish, chicken and shrimps. Fish is said to be a healthy choice for people living with diabetics. Eggs could also be a healthy substitute for things like meat if you choose.

Generally foods which are significantly low in carbohydrates are recommended for diabetics like brown rice, wheat & by products of wheat also beans and it?s by products. Diabetics should mostly stick with meals which are savory rather than sweet.

Whatever beverage consumed by diabetic patients should be devoid of sugar and sweeteners in general.

Foods To Avoid With Diabetes

Quite a number of foods should be avoided or substituted if possible. Diabetic Patients require an intense diet switch which is usually permanent as diabetes is a long term ailment.

Carbohydrates consumption should be drastically reduced from your diets. Foods rich in carbohydrates should not be consumed in large quantities at a time to avoid high sugar levels in the body.

So stay away from processed foods like white rice, white bread, pasta in all its forms, sugar in any form should be avoid this includes honey and brown sugar. Also try as much as possible to avoid packaged snacks and sweet beverages.

When living with diabetes it is very important you take good care of yourself physically and emotionally. Eat the right foods in healthy proportions, avoid unnecessarily stressful situations, frequently go for general check-ups, exercise and maintain a healthy lifestyle.