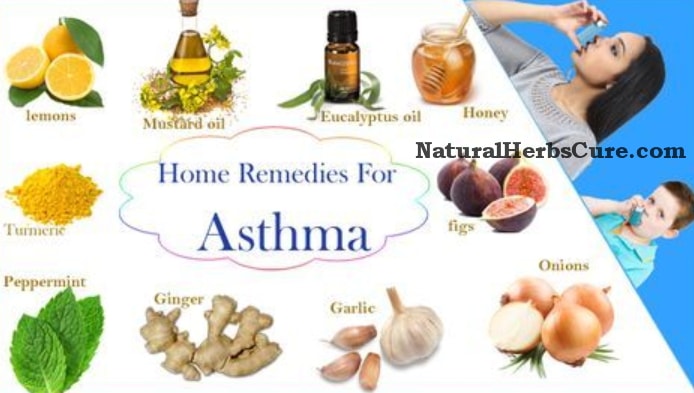 Asthma is a chronic respiratory disorder that is responsible for the deaths of more than 250,000 persons every year.

While there are many corrective and remedial treatments for asthma including the use of conventional medications, there are also non-conventional, natural treatment methods for the condition.

This article is meant to focus on this latter category ? the natural home remedies for asthma attack.

NOTE: It is important to state here that, there is no cure for asthma, at least for now. All remedial methods, including conventional medical methods are done in order to control or manage the condition.

However, like with other articles, we shall take a quick look at the meaning of asthma, the causes and common symptoms, before diving into the main subject.

Asthma is a respiratory condition that is characterized by an inflammation and narrowing of the airways in the respiratory tract. This condition is often categorized as a type of COPD (chronic obstructive pulmonary disease).

This disorder is a recurrent one and can affect anybody, but major signs and symptoms can be seen during childhood.

Although the exact cause of asthma remains unclear, there are, however, factors that contribute to the development of the disease. Some factors like allergies, genetics, and air pollution are common contributors to asthma development.

The following are some natural home remedies that can be employed in bringing quick relief to asthma patients in the case of an asthma attack.

This is an essential oil gotten from the leaves of the eucalypts plant. Eucalyptus oil can be used to effectively allay the breathing difficulty associated with asthma attacks. To do this, you will need to dribble some drops of the oil into boiling water and inhale the aroma. Doing this will make breathing less difficult again.

Lavender oil can also be used in reducing the symptoms of asthma. The soothing effect of the oil helps to relax the airways while its anti-inflammatory properties work to prevent inflammation. This treatment method is similar as with eucalyptus oil: add a few drops of lavender oil to a bowl of hot water and inhale for about 10 minutes. You should do this at least once daily.

Foods such as salmon are good sources of healthy omega-3 fatty acids. These acids have been positively linked with several diseases, including asthma. So eating more foods containing these fats can help asthmatics in the long-run.

The medicinal benefits of ginger are so many that one begins to wonder whether there is any condition that cannot be treated with the rhizome plant. For the purpose of relieving asthma symptoms, a mixture of grated ginger with honey and pomegranate should be consumed two or three times every day.

Like ginger like garlic. This common kitchen ingredient has powerful medicinal properties that make it useful in the treatment of many health conditions. The anti-inflammatory effect of the herb comes into play in the treatment of asthma as it can help in reducing the inflammation.

Another amazing plant that can bring relief to asthmatics is the fig. Dried fruits of the fig tree soaked in water and left over the night have potent effects on the symptoms of asthma when eaten early the next day.

A humidifier is any device that keeps the air in a room moist. Wheezing, which is a common symptom of an asthma attack, can be more frequent in an environment where the air is dry. Keeping the air wet is a simple way of preventing and treating wheezing. For even better results, adding some essential oil such as peppermint oil wouldn?t be a bad idea.

The caffeine present in coffee is helpful in the treatment of asthma. Drinking two or three cups of coffee during the day can help to clear nasal congestion, thereby, making breathing less difficult.

Like coffee, caffeinated tea like black tea can also be beneficial in treating asthma. Reports point to the fact that the caffeine in black tea helps to clear congested airways as with theophylline ? a conventional asthma medication. The relief from this tea can last for up to four hours, making black tea a great emergency remedy for an asthma attack.

Mustard oil is a common ingredient for soap-making. Mixing this oil with camphor can be an effective treatment for asthma attacks. Symptoms of asthma such as chest pain and wheezing can be reduced by massaging the chest region with the mixture. In addition, cold around the chest can also be rectified by warming the mustard oil before mixing.

Though research on the use of turmeric as an alternate treatment method for asthma is limited, some reports suggest that the spice may be helpful in reducing some symptoms of asthma like allergic reactions.

This technique involves staying in a sitting position or lying down, and then, slowly breathing through the nose. In this technique, inhalation is marked by a bulging of the abdomen while the abdomen contracts during exhalation.

During an asthma attack, air is confined in the lungs due to the constriction of the bronchi. This is the reason for the wheezing and breathing difficulty experienced during such asthmatic episodes. The pursed-lip breathing technique can be particularly beneficial in such scenarios. The technique involves breathing in through the nose and breathing out through pursed lips.

The main objective of the Buteyko technique is to slow down the rate of breathing. For this technique, the person will have to sit upright with the abdomen and chest muscles relaxed with the eyes closed and facing up while focusing on the breathing. Inhalation is to be done slowly through the nose with the mouth closed while exhalation should be done after holding the breath for some seconds.

Although there are no studies or clinical reports that assert the effectiveness of steam baths in treating asthma, there are suggestions that they may have positive impact on the symptoms of asthma. Thus, this remedy should be taken with a ?pinch of salt.?

Honey has been linked with the treatment of respiratory conditions like cough, which is also a symptom of asthma. The sweet liquid can be mixed with other herbs like ginger to bring fast relief. That said, there are no studies to confirm the use of honey as a natural treatment for asthma, but there?s no harm in taking some spoonfuls of the natural sweetener.

Exposure to allergens and air irritants can trigger an asthma attack within minutes. Stressful physical activities can also exacerbate the condition. Hence, it is important that such triggers and others should be avoided.

Onion is a vegetable packed with so many antioxidants; unfortunately, many do not savor the vegetable due to its acrid taste and smell. Asthmatics can find relief to their condition using onions. This is because onions possess anti-inflammatory properties that help to keep the swelling at bay. So adding some slices of raw onions atop your meal can help you.

Bishop?s weed, also known as ?khella? in India, can be helpful in relieving the symptoms of asthma in the case of an emergency. This herb has anti-allergic and antispasmodic properties that help in preventing allergic reactions and in dilating constricted airways respectively. To use this herb, drip about 5 drops of its tincture in a cup of water and drink.

This should be done three times every day and also before bedtime. Note, however, that the use of khella for asthma treatment is only recommended for preventative purposes and not as a remedy.

Carotenoids are antioxidants found in plants. These chemical compounds can be found in foods and fruits such as carrots and tomatoes, as they are responsible for their characteristic colors. Beyond this, carotenoids are also important ingredients for the production of vitamin A in the body. Severe cases of asthma have been linked with a deficiency in vitamin A. So increasing your intake of carotenoid-rich foods can help to reduce the risk of asthma attacks.

Although the direct relationship between stress and asthma attacks has not been established, stress, however, plays a role in increasing the risk of such attacks. Using natural stress relievers such as massage, yoga poses, and even chiropractic treatment can help in controlling asthma.

This is a natural treatment for asthma that involves the use of inhalers to absorb minute salt particles which coat the tissues of the bronchioles, thus, reducing inflammation and mucus production. This type of inhaler is considered safe for everyone including children and should be carried around for an emergency asthma attack.

This herbal plant can be used for managing asthma attacks. The herb works by strengthening the lungs and protecting the body from respiratory infections which may otherwise trigger an asthma attack.

Like astralagus, cordyceps are also useful in managing asthma as they help in reducing the production of mucus and in strengthening the lungs.

Regarded as one of the most effective herbs for respiratory problems including asthma, lobelia helps asthmatics by preventing spasms and in promoting the discharge of mucus from the respiratory tract.