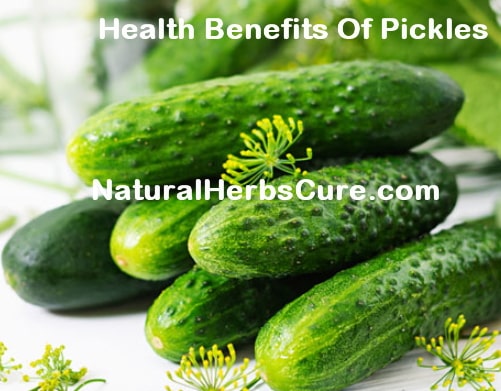 Nature has blessed us with so many vegetables and roots that benefit us in various ways. Licorice root and pickles are the subjects of our discourse today.

By the end of this article, you should have learned about some of the health benefits of pickles and licorice root, their nutritional information, as well as their side effects.

Without wasting any more time, let?s get to it!

Pickles, basically, refer to a method of preserving foods (mostly vegetables) using a mixture that commonly includes brine or vinegar ? oil can also be used. This method of food preservation has been used by man for many centuries, may be even millennia.

Today, cucumber pickles are the most popular type of pickles in the United States, while fermented pickles like kimchi are common in Asian countries. 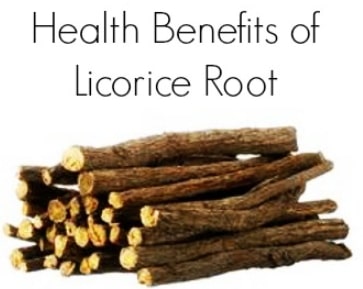 What is licorice root?

Licorice, or Glycyrrhiza glabra, is a root plant with blue flowers, featherlike leaves, and sweet roots. While it is now common to use licorice root as a sweetener in food, this herbal plant have been used for hundreds of years for medicine. For instance, the plant has long been used in Traditional Chinese medicine for treating ailments.

Licorice is seen as a weed in different parts of the world. The plant is native to the Mediterranean region and is a member of the large Leguminosae family.

Depending on the type and size, pickles can contain different amounts of sodium, fat, protein, and calories. A cup of chopped cucumber or dill pickles contains about 17 calories, 0.9 grams of protein, 3.7 grams of carbohydrates (1.9 grams of sugar, 1.6 grams of dietary fiber), 1.25 grams of sodium, 132 mg of potassium, 10 mg of magnesium, 60 mg of calcium, 17.3 mg of phosphorus, 1.1 mg of vitamin C, 0.5 mg of iron, and trace amounts of other vitamins and minerals.

Licorice root contains numerous vitamins such as vitamin E, B vitamins, and minerals like iron, magnesium, and potassium. A good percentage of the root comprises carbohydrate ? sugars and starch.

One of the major ingredients of licorice is glycyrrhizic acid or glycyrrhizin, which is responsible for many of the plant?s medicinal properties. Other active compounds in licorice are glabridin, liquiritigenin, and chalcones.

Licorice root can be used in various ways including: as a tincture, as a gel, as tea, as a capsule, and more commonly as a liquid extract.

Pickles offer more than just their being a spice for your meal. The following are some of the health benefits of pickles.

Aside from the sweetness of the root, licorice offers many health benefits, some of which are:

Side effects of pickles

While pickles offer many health benefits, it is noteworthy to understand that they might not be good for everyone. In addition, loading the body with pickles because of their nutrients and antioxidants may not be advisable.

Some of the adverse side effects of eating pickled foods include:

Side effects of licorice root

Licorice root may not be safe for some people. Prolonged consumption of licorice can lead to side effects such as:

Pickles and licorice root offer several benefits to the body as we?ve just considered above. They also come with side effects and may not be good for everyone.