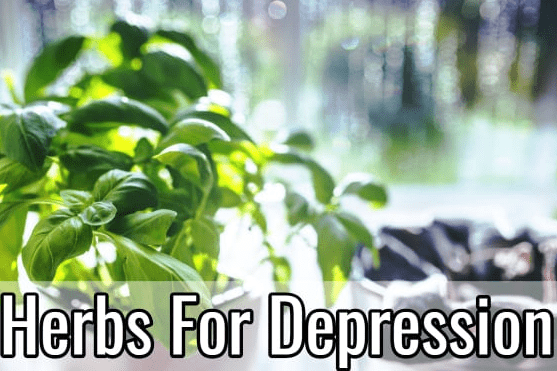 Depression is a mind disorder which negatively affects the thoughts and perceptions of an individual. Depression brings with it a host of negative thoughts and emotions which captures the mind and subsequently the body of an affect person. Self hatred, guilt, sadness, regret, loss of self worth, anxiety, irritation, anger and the likes are common emotions experienced by depressed individuals. This condition should never be over looked or left unchecked as it can lead to suicide in acute cases.

Several therapies and drugs are usually prescribed for those who suffer from this condition of depression. The use of herbal medicine to cure depression has over time been experimented on. Some herbs are known to be just as effective for some people as synthetic anti-depressant drugs, if consumed in the right manner and quantity.

This is a chemical which is found in the root herb known as turmeric. Taking curcumin in concentrated quantities, like the kind found in natural supplements is capable of acting as a form of drug for depression. On the average, this substance in supplement form can be consumed once or twice a day. Doses could be increased or reduced depending on the directives of the manufacturers and the patient?s requirement.

This is a spice of Middle-Eastern origin which acts as a form of herbal anti-depressant. Chemical properties like safranal and crocin are contained in this herb. These two properties are believed to help naturally combat depression. For best results and to regulate dosage, this herb should preferably be used in supplement form.

This herb can also be referred to as hypericum perforatum and is believed to possess antidepressant characteristics. It is usually consumed in form of supplements to treat depression; but only when depression is in a moderate or mild state. The herb is quite effective and should be taken as prescribed.

Natural herbs are good and quite effective in taking care of several health conditions, but they should also not be abused. They should be taken in a controlled manner and according to directives. The advice of medical personnel should be sought before beginning herbal treatments. The positive and negative effects of herbs should be properly researched before making use them.

Natural herbs should also be avoided if you are pregnant, breast feeding or have unpleasant/allergic reactions to them.