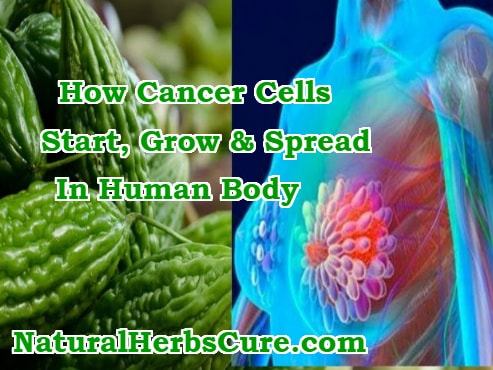 Cancer continues to claim the lives of thousands of people around the world. Various statistics show that this menace will only continue to increase. This malignant growth can affect different tissues in the body ? not just in humans, but in other animals as well. When cancer starts, it is basically confined to a particular part of the body, but when left untreated begins to grow in size and spreads to other parts of the body.

In this article, we?ll take a look at some interesting questions which seems to be in the minds of most persons concerned with the disease.

How does cancer start?

Regardless of the type of cancer or the place a tumor originates, all cancers start at the cellular level. From Biology we get to understand that all living things are made of cells, which are the basic structural and functional units of life. ?Cells are grouped into tissues, which in turn form organs. The body is made up of different types of cells which perform various functions but are quite similar in operations.

All living characteristics are functions of cellular functions like cell division which is very important for living. Normally, the number of cells in our bodies is in the right amount and their operations are regulated. However, abnormality in cellular function can arise due to some reasons which can lead to an excessively abnormal growth and multiplication of cells. When this unusual cell multiplication continues, lumps of cells are formed which are called tumors; cancers start from these tumors, or put more rightly, these tumors are the cancers.

We have already established the fact that cells are the basic unit of living organisms, but even more, the nucleus of a cell is its powerhouse (control center). The nucleus contains chromosomes, which in turn contain genes. The genes are where everything regarding cellular operations begins; genes have instructions for cellular operations called DNA (DeoxyriboNucleic Acid). ?They instruct the cells on when to die, when to grow, or when to divide.

Changes may occur in these genes during cell division; these changes also referred to as mutations are defined by cell damage, cell destruction, or cells doubly copied. However, there are some of these changes which may result in the inability of the cells to understand their instructions and, hence, begin to misbehave by producing excess proteins or by multiplying uncontrollably.

That being said, there needs to be a collection of different kinds of such changes to occur before normal cells transform to cancerous ones. Cancer cells have mutated genes that behave differently from normal genes. These mutations may be caused by different factors such as aging, exposure to cell-damaging activities and/or places, or even transmitted from parents to their offspring.

So, in essence, all cancer cells start due to abnormal cell operations which are due to various factors as already mentioned. It is important to state here that cancer cells don?t die on their own as they remain immature until an external factor comes into play.

How does cancer grow?

Having established the process by which cancer starts in the body, we are now going to move further and take a look at how cancer cells grows in number? and intensity. First, we need to reecho the fact that cancer cells don?t obey the normal cell instructions and as such, they behave abnormally. The following are some of the ways in which cancer cells behave differently from normal healthy cells:

Angiogenesis: the unfortunate cause of cancer growth

While cancer cells do not behave as normal cells, they, however, have the same basic needs. For instance, normal cells require oxygenated blood carrying essential nutrients in order to operate, so also do cancer cells. Cancer cells aggregate to form tumors ? already stated ? which thrive on blood supply for their growth.? The tumors can grow in size which leads to an insufficient supply of oxygenated blood to the healthy cells. The biological process whereby new blood vessels (like the blood cells) are formed is called ?angiogenesis,? and is responsible for the growth of cancer in the body. Angiogenesis is also the reason behind the spread of cancer cells to other body parts due to the fact that the cancerous cells have free and unrestricted movement into the bloodstream.

When cancer cells are formed, they tend to remain in the primary area of the body where they started (this is referred to as carcinoma in situ). However, as these cells continue to grow in their typical manner they form tumors. One tumor or neoplasm is known to contain thousands, or even millions of cancerous cells.

The tumors begin to grow in size when cancer cells start to breach through a basement membrane ? a layer in body tissues constraining the cells of the tissue; this process is called cancer invasion. The continued tumor growth causes its center to drift far away from the blood vessels in its primary location. As a result, there is an insufficient supply of oxygenated blood to the tumor center. Cancer cells can instigate angiogenesis when this happens so that they do not die.

How does cancer spread?

We have seen the processes required for cancer growth and how cancer starts; now we?ll take a look at the last piece of the puzzle: ?How does cancer spread??

The process by which cancer cells spread from their primary site to other parts of the body is called metastasis. It has already been mentioned here that, cancer cells move to other areas of the body through the lymphatic system or the blood. When they reach other destinations they can replicate the entire process and continue like that if left untreated. Tumors in the primary location where the cancer cells originate are called primary cancers while those in locations other than the primary site are called secondary cancers (or metastases).

The primary location of these cancers is also used in determining the type of cancer. For instance, a cancer that starts in the pancreas and spreads to the liver or stomach is called a pancreatic cancer and not stomach or liver cancer.

Since cancer cells do not stick well together as healthy cells, they have an increased tendency of moving away from their primary site to other areas of the body. Moreover, cancer cells can produce substances which help them to move more freely and break through their basement membranes. When the cancer cells break through they can enter into the bloodstream where they are now referred to as CTCs (circulating tumor cells). Blood circulation helps to carry these tumor cells away from their origin until they are stuck elsewhere, usually in small blood vessels. From the blood vessels, the cancer cells begin to move into a nearby tissue and from there start multiplying again. However, the chances of cancer cells forming secondary tumors by passing through the bloodstream is very slim because the white blood cells help in destroying most of them or because of insufficient nutrients.

Apart from the bloodstream, cancer cells can also spread to other locations when through the lymphatic system. They do this by entering into small lymph vessels that are near the primary site and get carried away to lymph glands where they either form secondary tumors or are destroyed.

A 2012 research reported that the basis of cancer cells spreading is not unrelated to their adhesive property. Another report showed that the nimbleness of the cells help them to spread faster than benign or non-malignant tumors.

The spreading of most types of cancer has aided researchers and oncologists in developing a system for classifying cancers. Most types of cancers that spread to other areas of the body have been classified in order to ascertain the appropriate treatment method to be employed as well as in helping to forecast the extent of growth. That being said, malignant tumors can spread to anywhere in the body including the brain, liver, the lungs, bones, and lymph nodes.