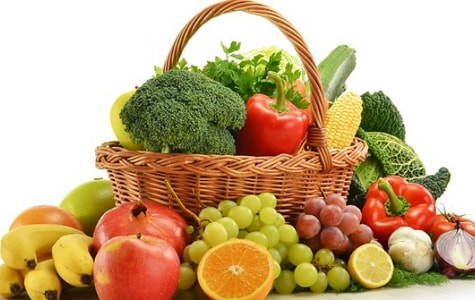 I have been sickly all my life. Being sick was an identifier, synonymous with my name. No, I did not suffer from a particular disease; I only seemed to be unable to withstand every little bug that flew around.

Malaria, strep throat, flu, body aches were my companions. My childhood was marred by monthly hospital visits in which the doctor would prod, test and finally write out prescriptions for medications and injections.

I became a favourite of the nurses. After all, an 8-year-old that didn?t run on seeing their cute white dresses was a rarity (most children associated their uniform with the pain of injection). But there I would lay, panties down, eyes closed as they drew the health-giving fluid into syringes, trusting that that would be the last time I would ever need to take an injection only to find myself in the same position the following month.

I had no friends in primary school. Not that I was antisocial or unfriendly, it was just too much to be my friend. What 8-year-old or 9-year-old would not want to be able to skip or go on the see-saw with her friend? Or what child would be comfortable with the fact that a little playful shove could land his friend in a graceless heap on the floor, fighting tears of frustration at her weakness, and maybe missing school the following day because she had fallen ill?

For a while my parents were worried that I carried the SS blood group. Tests were done and results came out. I was AA, blood group O+.

Then came the impatience with my falling sick. It got old pretty quickly; my parents and siblings got tired. It was around 1:00 am when my mum woke me up one day. I was ten and had been laid up with fever for three days and though my fever had broken, I had missed three days of school. My mum asked how I was feeling, ??Better,?? I replied. She then asked if I loved her suffering and getting scared all the time. I was confused but answered her all the same. ??No,?? I said.

You see, since they were unable to find a reason for my frequent illnesses, the conclusion was that I was a witch or at least possessed by an evil spirit. It was too much, I burst into tears, left her and tried to go back to sleep.

In my twenties, I started experiencing agonizing, blinding migraines that made me wish my head could be cut off, literally, for the pain to abate during the worst episodes. By now you would have guessed that nothing is ever simple with me, especially with the dire state of the healthcare system in Nigeria.

Doctors here are familiar with headaches not migraines. So I started downing analgesics the same way people with heartburn down Tums. I was in the university studying Geology and I needed instant coffee to be able to stay awake and study. So twice in a month, I would go back to the University Clinic and get my quota of paracetamol. And in this manner, I finished school. No one asked me what I was eating or drinking, it just never entered the equation.

And so it seemed I would have to go through life without ever experiencing optimal health. I was resigned to that, to having to call in sick at my call center job every month, battling excruciating migraines almost every day, dependent on medications and compensating myself with junk food.

Until I decided not to. I was tired of depending on medications, tired of getting handicapped during the increasingly frequent migraine episodes, unable to live my best life. If there was anything I could do to help myself, I would do it. I wasn?t looking for a revolutionary treatment (which I could not afford anyway) but I was determined to take as many steps as possible just to see a small change in my health.

I took myself to Google and started my own research. I must have spent over 100 hours looking up and reading on searches like ??How to live a healthy life,?? ??Healthy habits to do daily,?? ??How to improve your immunity against diseases,?? and the like. I read them all and while not all of them are realistic (eating within a 6-hour window to boost your immunity, really?) or useful, I picked up some gems.

The first day I tried drinking water upon waking up, I gagged and barely downed half a cup. All the sites said water should be taken on an empty stomach and advised against eating for at least one hour after. I wasn?t a fan of water so drinking it first thing in the morning was akin to punishment for me. It can?t possibly be that important, maybe I shouldn?t bother with following through on this new ?habit? I told myself. Then again I considered how horrible getting sick always made me and decided to try it for a week. If there are improvements, maybe, just maybe I would continue.

There is no winter over here in the tropics so the coldest period of the year is still marked by heat, especially in the afternoons. Heat means looking for relief for parched throats and the cheapest and easily available method is by grabbing a bottle or two of soda. Loaded with sugar, artificial sweeteners, phosphoric acid and artificial colours, I discovered taking soft drinks was not the way to go to improve my health.

Finding an alternative was not easy and the cold milky cocoa drink spiced with cinnamon cannot compare with the taste of soda but I grew to love it, sort of.

While nature?s intent for food was to give us energy and sustenance, we often eat food for pleasure- for taste. ?And umami – that meaty-flavored taste is so unique that we cannot get enough of it. Chips, sauces, condiments, KFC, etc. all taste umami. I loved stock cubes, those cute little cubes and sachets filled with monosodium glutamate that delivered the umami taste to my soups, sauces, stews, and jollof rice. If I?m to rate them all, this was probably the hardest thing for me to give up. MSG withdrawal is real and very unpleasant. And food tasted so bland until I made a discovery.

I discovered spices and herbs. No, I?m not an alien and do know that they existed. I just never gave them much thought and used only curry and thyme occasionally in my cooking. But when I gave up stock cubes, I needed something healthy to add flavor to my meals. I discovered turmeric, black peppercorns, ginger, garlic, mint, parsley and so many other wonderful spices that took my meals from blah to ?wowza.?

And although I was trying to be healthier, I realised I needed to stay in bed more. I used to go to bed at 11:00 pm. I would then spend the next two hours scrolling through all the social media platforms, awwing over Instagram pictures of celebrities giving birth or finding love again. By the time 1:00 am rolls around and I force myself to switch off my phone, it will be less than 4 hours to 5:30 that I had to get up. Foggy headed, I?d drag myself up by 5:30 and go straight for instant coffee.

In the spirit of full disclosure some habits were easier to incorporate than others; I enjoyed eating more fruits, veggies not much. And joining a gym was unrealistic (due mainly to time and money) but I learned something new about myself- I love dancing, and so both my mini home-theatre and living started getting regular workouts.

If you have read this far, you must assume that I saw light (or some measure of it) at the end of the tunnel. Well, I don?t think I?ll ever attain optimal health (and the definition of optimal is relative anyway) but I have been enjoying much better health.

I 2016, I fell sick only once and in 2017, apart from the routine medical checkup I went for, I didn?t have any reason to visit the hospital at all.

The best news of all is that my migraines episodes have reduced. Maybe once every three months and when it comes, it goes away in less than six hours.

Even with all the gains I?ve enjoyed, it remains a battle to make healthy choices always. Despite its much touted benefits, I?ve not been able to force a piece of walnut past my throat or give up cake. But it does not matter, striving for and maintaining a 3:1 ratio of healthy versus ?unhealthy? foods may just be how I?ll get to hit a 100 years.