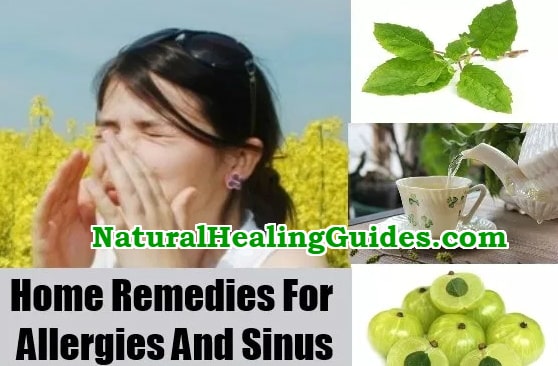 According to research, about 30% of America adults have at least one type of allergy. To put into perspective, 1 in every 5 Americans has an allergy. Apart from this, it is estimated that about $25 billion is spent each year in managing food allergies in children alone.

What is an allergy?

An allergy, or allergic reaction, occurs when the body?s immune system reacts to an antigen (usually in response to a first time of exposure) or a foreign substance that may be harmless to other people.

This type of reaction is called a hypersensitivity reaction because the immune system overreacts or becomes oversensitive in such a situation.

The substance that triggers the allergic reaction is referred to as an allergen. Examples of allergens are pollen, and dust. These allergens are mostly found in foods and drinks.

As previously explained, allergies are caused by the body?s reaction to antigens. An antigen is any substance that triggers the production of antibodies in the immune system. Antibodies are part of the body?s defense system against harmful substances. One particular antibody called IgE (immunoglobin) has been identified as the main trigger for allergic reactions.

When IgE is produced in the body, it stimulates the production of chemicals such as histamines. Histamine production causes muscular contraction in the airways and vasoconstriction that leads to the symptoms of allergies.

Causes of allergic reactions ? allergens ? include, but are not limited to the following:

The following are factors that contribute to the development of allergies

Symptoms of an allergy

Natural remedies for allergies, Sneezing And Congestion: How To Cure Allergies Almost Immediately

While there are many conventional methods of treating allergies including the use of medications, many people using such methods most times complain of the ineffectiveness of such methods. As a result, more and more allergy sufferers are shifting towards natural treatment methods for their problems.

If you are looking for natural methods of treating your allergies, then the following are effective remedies that you can try.

While there is not much evidence as to the effect of raw honey on allergies, the presence of bee pollen in honey is suggested as the reason. Since pollen are allergens, consuming honey containing pollen helps to build a resistance to them. Moreover, honey is rich in beneficial compounds that help to boost immunity.

Allergies are caused by the wrong response of the body?s immune system to foreign substances. This reaction may be as a result of an imbalance of the intestinal flora. The intestinal flora is the population of harmless (beneficial) bacteria residing in the gut. To make up for this imbalance, it is recommended that allergy sufferers consume foods rich in probiotics ? beneficial bacteria ? such as kefir and yogurt.

Butterbur is an herbal plant that is found in most parts of Europe and Asia. According to a study published in the British Journal of Medicine, it was discovered that butterbur has the same effect as cetirizine ? an active component of allergy medications. However, butterbur has the advantage of not having the side effect of causing drowsiness as in cetirizine. It is important to state also that butterbur can aggravate some allergy symptoms; hence, it should be used after consulting with your doctor.

Peppermint oil can be used for treating allergy symptoms like wheezing and sneezing. A study conducted in 1998 found that peppermint essential oil was able to reduce the symptoms of allergic rhinitis. It is imperative to note that essential oils like peppermint oil should be diluted in a carrier oil such as olive oil or coconut oil before applying.

Lemon is packed with several powerful compounds that help in strengthening the body?s immune system. In addition, drinking lemon juice diluted in water can help to flush out harmful substances from the body.

Eye allergy symptoms such as watery discharge from the eyes can be reduced by using eyebright.

Quercetin is a bioflavonoid, which is derived from plants like broccoli and tomatoes. This natural chemical compound is known to have antioxidant properties that help in combating free radicals in the body. More importantly, quercetin benefits allergy sufferers by preventing the production of histamines. However, it is advised that pregnant and breastfeeding women should not take quercetin, in addition to people with liver disease.

Turmeric contains curcumin, which has anti-inflammatory properties that can benefit allergy sufferers. Even more, it is suggested that curcumin can help in reducing nasal congestion as well as other symptoms of allergic reactions.

Eating more vitamin C-rich foods like oranges and guava can help in reducing histamine production in the body.

Besides other disadvantages, dehydration can worsen the symptoms of an allergy. Hence, it is advised that allergy sufferers drink water always to stay hydrated.

If you are looking for simple ways of preventing allergic reactions, then you should include this one. Neti pots are used in Ayurvedic medicine to cleanse the sinuses of allergens. To back this claim, a recent study found that flushing of the nasal sinuses is an effective way of treating seasonal allergies in kids. For this method, mix about half a teaspoon of non-iodized table salt with a cup of warm water in the neti pot. Then, with your head slightly bent over a sink, pour the saline solution into one nostril and allow the water to exit through the other nostril. Repeat this on the other nostril with your head tilted in the opposite direction.

Instead of using a neti pot, you can try the Western way by using nasal sprays. This method is more appealing to most people than the use of net pots. So, all you need to do is to simply spray the contents of the spray ? usually salt water ? in your nose to get rid of toxins.

This method works in a similar way as using raw honey. Occasional sprinkling bee pollen on your food is another way to gradually build resistance to the allergen.

Nettle leaf can also be used for treating allergies due to its antihistamine property. Nettle leaf can be processed for tea and consumed as a remedy for allergy symptoms. It can also be combined with other herbs such as peppermint leaf to get better results.

Who would have thought that sticking needles on the body will help in treating allergies? Well, according to a research published in the Annals of Internal Medicine, allergy patients who were treated using acupuncture experienced a reduction of symptoms than those who weren?t. Although the direct relationship between acupuncture and allergy is not clear, it is suspected that the ability of the method to control inflammatory substances linked with allergy may be the reason.

People suffering from food allergies are advised to stay away from the foods responsible. Foods such as chocolate, peanuts, wheat, caffeine, bananas, red meat, sugar, and dairy products are common sources of allergens, and should be avoided by people with food allergies.