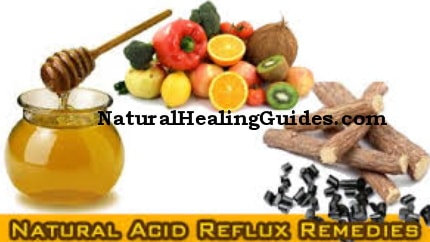 Acid reflux is a condition that affects almost half of all Americans. Although most people tend to think that this condition is a result of excessive production of stomach acid, this view is, however, wrong. In contrast, when looked at correctly, acid reflux is due to little acid in the stomach.

Though acid reflux symptoms can be treated by using over-the-counter medications, natural methods can also be used. This is where this article comes in: to outline some of the natural remedies for treating acid reflux at home.

What is the difference between acid reflux, GERD, heartburn, and burping?

For one thing, the three terms above are all related to gastrointestinal disorders. And while acid reflux and GERD (gastroesophageal reflux disease) are one and the same thing, heartburn and burping are some of the symptoms of this condition.

That being said, GERD, or acid reflux, is a disease that affects the stomach (gastro-) and the esophagus (-esophageal) and is characterized by a back flow (reflux) of acid from the stomach into the esophagus.

This condition usually arises when the LES (lower esophageal sphincter) becomes weak or functions abnormally. The function of the LES is to prevent the back flow of the stomach?s content into the esophagus after allowing them to pass through.

Causes of acid reflux or GERD

A major cause of acid reflux is hiatal hernia, which is a condition that occurs when there is a displacement of the upper part of the stomach from its original position into a new position above the diaphragm.

Aside from hiatal hernia, there are other factors that may contribute to the risk of developing acid reflux. Some of these risk factors include:

The most common symptom of acid reflux is heartburn, or a burning pain that starts from the stomach to the chest area.

Other notable symptoms of acid reflux are:

Without wasting any more time, the following are some of the natural ways of treating the symptoms of acid reflux, even at home:

Ripe bananas have been found to have antacid properties that can benefit people suffering from GERD. Therefore, to reduce the stomach acid content in the esophagus, eating one ripe banana daily is a great choice.

Chamomile tea can help in reducing inflammation (bloating) in the stomach. This is because chamomile contains myriad antioxidants that give the herb its medicinal properties. Therefore, drinking a cup of chamomile tea before bedtime is a natural way of curing the GERD. You can get instant chamomile tea from any grocery store, or you can prepare yours by boiling chamomile leaves in water.

Baking soda, or bicarbonate of soda, is a common kitchen ingredient. Diluting a teaspoon of this powder in a glass of water produces an alkaline solution. Due to the alkalinity of the solution, drinking it will help to counteract the stomach acid that is responsible for the heartburn. While this can be an effective remedy, it is advised that it is not used as a regular solution for GERD.

Another wonderful fruit to help improve the symptoms of GERD is apple. Eating apple slices some hours before going to bed can help to prevent discomfort during sleep.

Symptoms of acid reflux can be reduced by taking aloe vera juice. The anti-inflammatory effect of the herb helps in reducing inflammation associated with acid reflux. You can try this method by drinking a half-filled cup of the juice before eating.

The use of ginger in the treatment of gastrointestinal problems dates back to the Middle Ages where it was used in Ancient China and India. Various studies have shown that ginger root can help in protecting the gut by inhibiting the backflow of acid. To reduce the symptoms of acid reflux, drink about two cups of ginger tea. Ginger tea can be prepared by boiling chopped ginger in water.

As previously mentioned, smoking can increase the risk of developing acid reflux. This is because tobacco contains nicotine, which causes the LES (low esophageal sphincter) to relax, thereby, allowing stomach acid to flow back into the esophagus. So to help improve your condition, it wouldn?t do you any good to smoke.

When you lay down immediately after eating you are not giving your body the needed time to adequately digest the food. Moreover, doing so allows the stomach contents easy access to move back into the esophagus.

Instead of consuming a large meal at a time, divide it into smaller portions to be eaten at intervals. Eating heavy meals can force the LES to open and promote acid reflux. To reduce burping and keep the stomach acid from flowing backwards, it is advised that you stay in a vertical position. This tip is helpful, especially after eating.

According to a study, chewing sugar-free gum for about 30 minutes after eating is an effective way of combating acid reflux. This is due to the fact that when a person chews gum, it promotes the production of saliva in the mouth which helps to dilute the acid.

Alcohol intake may worsen the symptoms of GERD like heartburn. This is because alcohol helps to increase the acid content in the esophagus. Studies have also discovered that drinking alcoholic beverages increases the symptoms of acid reflux, and hence, should be limited or completely avoided. Instead of drinking alcohol, increase your water intake.

According to a study, burping, heartburn, and other reflux symptoms are worsened when persons suffering from GERD eat raw onion. One possible explanation for this is that onion is high in fermentable fiber which contributes to the burping. In addition, raw onion may also cause irritation in the esophagus, exasperating the heartburn.

Citrus fruits such as orange and lime are to be avoided if you have acid reflux. This is because such fruits have high acid content. Along with the fruits, you may also need to stay away from drinks made from the fruits. Other acidic fruits like pineapples are also to be avoided.

Drinking coffee has been shown to increase the risk of GERD. While the underlying reason is not yet clear, some preliminary reports suggest that caffeine may be responsible. Caffeine aggravates the problem as it weakens the LES. Thus, if you must drink coffee, then, make sure that it is decaffeinated. And while more studies need to be conducted on this subject, the fact remains that you should limit your coffee intake if it exacerbates the symptoms.

We already pointed out that obesity or being overweight may contribute to acid reflux. Moreover, the risk of developing hiatal hernia, which is the major cause of GERD, increases when there is so much belly fat. Therefore, losing some weight can help in treating GERD.

Studies hint that eating foods with low carbohydrate content can help in reducing the symptoms of acid reflux. There are some hypotheses which suggest that high-carb foods may be the primary cause of acid reflux. This suggestion is based on the belief that the body may not completely digested high-carb foods, which can result in bloating and burping.

Almonds when eaten produce alkaline substances in the body that help in balancing the acidic content of the stomach. So eat more almonds when you have GERD to improve the condition.

Tight clothes can worsen the problem as they put more pressure on the abdomen, causing the acid to move upwards. Therefore, if you are experiencing any of the symptoms of GERD, wear clothes that allow your stomach to relax.

Drinking fennel tea is another simple, but effective method of relieving acid reflux symptoms. Fennel seeds are packed with many nutritional and medicinal compounds such as anethole, which can help to relax the stomach. You can prepare the tea by boiling some ground fennel seeds in water.

Taking slippery elm in any form ? powder, capsule, or lozenge ? can help in reducing acid reflux symptoms. This herb has soothing effects that can reduce irritation in the digestive tract.

The above-mentioned remedies are just a few of so many natural methods that can be used in curing acid reflux. So before going to the pharmacy to get some medications, try using any of the methods above.