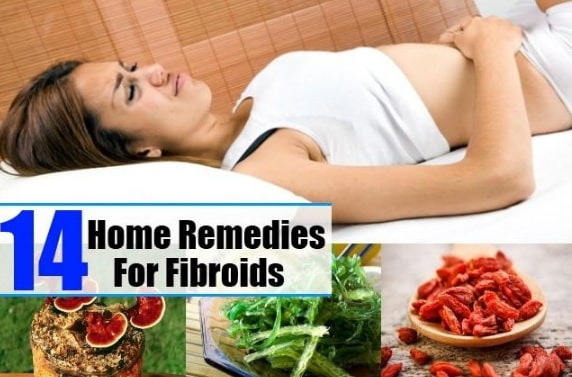 Fibroids are abnormal tumor growths which occur within and around the uterus. Fibroids are considered non-cancerous and usually vary in size and number. It affects a large percentage of females who are of child bearing age. At this age, women are recorded to have high secretion of estrogen. Estrogen is the major female sex hormone that controls the activities of female reproduction.

The symptoms of this condition are noticeable in some women and hardly noticeable in others. Some women may experience slight pain and discomfort in the abdominal region, heavy period flows accompanied by intense pain, prolonged menstrual periods and also back pains, swollen abdomen in the case of large fibroids. Only about two in six women exhibit symptoms of this condition. For this reason; most cases of fibroids are only discovered during medical tests and scans like ultrasounds and Magnetic Resonance Imaging (MRI).

The actual cause of the development of fibroids is not clearly known however, its growth is believed to be tied to the presence of estrogen in high levels. Increased levels of estrogen, is said to aid the growth of fibroids. Fibroids tend to shrink when estrogen levels are low. As women approach menopause and estrogen levels drop, if fibroids are present in the uterus, they begin to shrink. Other contributing factors to the development of fibroid could include: obesity or being over-weight, genetics, and possibly high consumption of caffeine and alcohol based beverages.

Apple cider vinegar is an easily accessible kitchen ingredient known for its effectiveness in treating a number of health conditions one of which is fibroids. The anti-inflammatory and anti-bacterial quality it possesses makes it effective in fighting several medical conditions. It is said to have the ability to reduce the acidity and promote a more alkaline nature of the body, this in turn improves the general health of the body. Apple cider vinegar has the ability to act as a form of detoxifier thereby, aiding the body?s elimination of toxins.? It is best taken when mixed with water because, consuming it in its raw concentrated form or in capsules, for extended periods could prove harmful to the teeth and throat.

About one or two tablespoons of vinegar can be mix into a cup of water and taken every day. This remedy is said to help in the shrinkage of fibroids.

How To Shrink Fibroid Naturally

It has the ability to reduce estrogen secretion which could help heal this condition.

Soy beans are rich in healthy proteineous properties, which reduce the secretion of estrogen. This by extension discourages the growth of fibroid tumors.

Consuming garlic enhances the speedy shrinking of fibroids. It is widely known to have hormonal balancing attributes. Its antioxidant qualities can help stop fibroid growth. Garlic can be eaten in its raw form or incorporated into daily meals.

It is believed to possess fibroid curing properties. It can be taken in tablets or in liquids, in form of tea. One and a half teaspoon of turmeric to one cup of water, when this solution boils, let it rest for about thirty minutes and then drink.

Ginger aids the circulation of blood and is a good pain relief plant. It has anti-inflammatory effects on the uterus as well as the ovaries. To make ginger tea, peel and grate some fresh ginger into some water, boil, strain and drink.

This natural fibroid shrinking technique is most effective on an empty stomach. Add equal amounts of honey and gooseberry powder, preferable one or two teaspoons per time. Mix into a paste and take it. It reportedly noticeably shrinks fibroids.

Fibroid treatment diets include foods that are rich in plant fibers and plant proteins. Whole grains are also a recommended choice as they are more nutritious. A diet rich in fresh fruits and vegetables preferably organic ones, are good for this condition and diets which limit estrogen levels in your body too. Diet plans for this condition should be structured bearing these in mind for the speedy treatment of fibroids.

Some foods which could aid the shrinking of fibroids are as follows.

Soy and soy by-products are a good way to shrink fibroids. Soy acts as a form of blockage for estrogen in the body. This could potentially discourage fibroid growth. Soy can be used to make beverages, healthy meat and the likes. Plant proteins are known to be much healthier for the body than animal protein.

Beans are a good source of plant fiber and effective for shrinking fibroid as well. Beans like mung beans, kidney beans are very good for this condition.

Fruits like apples are very good for consumption during this condition as apples contain properties which discourage the growth of tumors.

Vegetables like kale, spinach, broccoli, carrots, tomatoes, okra and cabbages are healthy not just for shrinking fibroids, but healthy for the body in general.

Treatments for fibroids will usually depend on the kind and nature of these tumors. Some may require surgical procedures; others may require drugs and a simple diet and lifestyle change could go a long way in improving this condition in other people.

The best treatments for this condition are medically prescribed drugs and maintaining healthy habits and diets; take care of your body internally and externally. Use your drugs as prescribed, exercise frequently, keep your stress and anxiety levels at a minimum, let go of unhealthy habits, eat right, get enough rest and just generally take care of your body. ?All these could help prevent and even cure this condition.

Those who do undergo operations to get rid of fibroids are often encouraged to make healthy lifestyle changes as well. This is because without making these adjustments, fibroids could possibly reoccur.

Chamomile is a healthy natural remedy for a good number of medical conditions. It has anti-microbial and anti-inflammatory qualities which assist in fibroids treatment.

It is an herb known for its ability to control certain female hormones. It can be taken as tea and can also be taken in capsules. Frequent consumption of this herb positively affects the issue of fibroids.

This herb aids the removal of excess estrogen; estrogen is believed to aid the growth of fibroids in the body. The tea can be prepared by adding five or six tablespoons of dandelion root powder to three cups of water. Boil and then leave to rest for a couple of minutes, so its nutrients properly discharge into the water, before consuming.

It aids the liver in the metabolism of estrogen. This and other properties contained in this herb, helps promote the shrinking of fibroids.

Green tea contains substances which kill fibrous cells and stops their growth. It is safe to drink as much as three cups of green tea daily.

Natural Remedies For Fibroids During Pregnancy

Fibroids during pregnancy could lead to potential complications depending on the nature of fibroid tumors. This is however only applicable to a few number of women. Treatments options available for fibroid during pregnancy are full of a lot of restrictions, because of the harm such treatments could cause to the fetus.

The nature of fibroids differs in different pregnancies. Some fibroids may grow further, while other fibroid tumors could shrink. Most women don?t get to find out they have fibroids until they get pregnant and at this point, for the safety of the fetus most times serious medical actions have to be put off until after delivery.

Some natural means have however proved effective in controlling this condition during pregnancy, whilst still keeping the fetus safe from harm.

Milk is known for its proteineous qualities, which are believed to aid the body?s fight against fibroids and it is safe and healthy to drink during pregnancy. Honey is safe to consume during pregnancy as well and it contains properties which aid fibroid reduction. A warm glass of milk mixed with honey could prove safe and effective for treating fibroids during pregnancy.

Ginger tea is mostly taken during pregnancy usually for reducing nausea and vomiting. But this tea is widely taken for the treatment of fibroids as well. Ginger tea is safe to drink for the treatment of fibroids in pregnancy. However it should be taken in recommended amounts, not in extremely high doses, as different pregnancies may react differently to it.

Soy beans can be consumed to help fight against fibroids tumors. It is a natural and healthy means of gaining protein and other essentials vitamins for your baby and also naturally helps control fibroid growth.

Above all get a lot of rest and take the recommended drugs and vitamins prescribed by your doctor. Before beginning any kind of natural treatment including the above mentioned, be sure to get an okay from your doctor, as he/she knows your medical history best. Pregnancy is a delicate stage, always play it safe.

Effective medications have been made available to take care of fibroids. But these medications should always be first approved by a doctor to avoid harmful consequences. First consult a doctor for a proper diagnostic so the best solutions will be issued, as fibroids could differ in type and size.

Whatever natural or herbal approach you intend to take for this condition, should be well discussed with your doctor first for safety purposes.