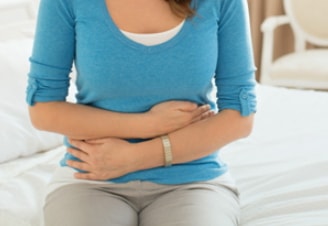 The menstrual cycle is a part of [a woman?s] life which many women find inconvenient, if not distasteful. The associated symptoms such as migraines and abdominal cramps are just a little of the many displeasing sides of this natural cycle. Many women can attest to the fact that their performance can be hampered during the monthly periods; there are studies that have also testified this claim.

However, there are many ways of delaying or stopping your periods without surgery and many women have been using them for some time.

Hysterectomy is a surgical operation done to remove the womb (uterus) of a woman. This method is a kind of last resort after other treatment methods have been tried and abortive. Getting a hysterectomy is a sort of a big deal as it would mean that the woman cannot be able to get pregnant ever again.

Another surgical method to get rid of periods, especially heavy ones, is by removal of fibroids in the womb. Unlike a hysterectomy, this method is less impactful as the affected woman can still get pregnant.

Natural methods To Stop Having Periods

If the surgical options for stopping menstruation are not convenient for you, there are other ways of achieving almost similar results. Majority of these natural methods work the same way by stimulating the release of hormones that affect menstruation. Some of these non-surgery options are:

Also called oral contraceptives, the continuous use of these pills can help to stop menstruation in women. There are two major kinds of birth control pills: progestin-only (mini-pills) which contain only one type of hormone ? progestin, and combination pills, which as the name suggests, contain a combination of two hormones ? progestin and estrogen.

The continuous use of birth control pills should be done with due consultation with your doctor because of the possible risks and adverse side effects like the tenderness of the breasts and abnormal blood clotting.

Intrauterine devices, which are also called coils, are medical devices embedded into the uterus to prevent conception. They do this pregnancy-prevention by continuously releasing levonorgestrel which is a type of progestin. IUDs are known to be highly effective and stay in the uterus for up to five years. Like the birth control pills, IUDs also come with the risk of breast tenderness, albeit lower.

Contraceptive rings and patches can be implanted in the vagina to prevent pregnancy. An example of vaginal rings is Nuvaring while EVRA is an example of contraceptive patches.

Drugs containing progesterone can help in alleviating heavy periods. This is because of the fact that progesterone helps to suppress the growth of the womb lining which is caused by the decline of the hormone.

How to delay menstruation naturally

It may not be easy to stop menstruation with natural methods, it can, however, be delayed naturally. This way, you’ll reduce the intensity of the periods. Moreover, every lady has a peculiar menstrual cycle, so, the same solution that works for you may not work for a friend.

That being said, the most natural and easiest way to go about this is by drinking plenty of water during the day. Drinking water helps to suppress the symptoms of menstruation. You can also take fresh juices and soak yourself in a bath.

Another natural way of slowing down your periods is by eating a healthy diet. There are vital vitamins and minerals in fruits and healthy foods that help the body to quell this natural female phenomenon. A good example of such foods is green beans.

How to stop my period once it has started

Ibuprofen and diclofenac are examples of NSAIDs (non-steroidal anti-inflammatory drugs) which can help to reduce menstrual pain and bleeding. The use of NSAIDs should be done with caution though due to their associated side effects such as vomiting and drowsiness, especially when overdosed. So, you may need to meet with your doctor before taking them.

Herbal teas are known to be good sources of anti-inflammatory and relaxing compounds which help to relieve the symptoms of menstruation. Examples of herbal teas that can be used to make periods end quickly are chamomile, nettle, and valerian root teas.

Rubbing the stomach with herbal oils can help to reduce abdominal cramps by relaxing the uterine walls. One good herbal oil that is effective at this is Clary Sage oil.

Shepherd?s purse is a herbal plant that has great medicinal benefits. Adding a tincture of shepherd?s purse extract to water and subsequently drinking the solution can help to stop bleeding during menstruation.

Exercising is an important part of a healthy lifestyle. This is also true for menstruation as light exercising can help in relaxing the walls of the uterus to stop menstrual flow. Even better, exercising through the month can help to eliminate pre-menstrual symptoms. So, if you want your period faster after it has begun, you can go for a walk or jog for about 30 minutes.

How to stop your period for a night

There are a handful of options available if you want to stop your period for a night. Some of the most effective options include: drinking lots of water or natural juice, taking ibuprofen, eating a wedge of lemon, and maybe drinking alcohol during the night of the menstruation. The last method ? drinking alcohol, may not work every time and is only effective for a short time period; hence, you shouldn?t put your hopes on it.

how to stop your period forever without surgery

how to get rid of periods permanently

how to stop having periods naturally