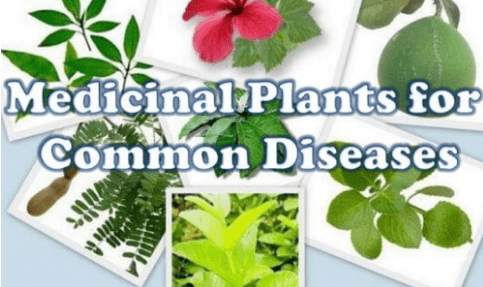 Here is a list of 50 most powerful medicinal plants used for making herbal medicines for the healing of many diseases.

There is a plethora of herbal plants and extracts used for medicinal purposes that listing them all here may not be possible. Nonetheless, the following are some of the common ones and their uses:

Dandelion is popular for the treatment of liver and kidney diseases.

This plant is a good remedy for external wounds and swellings. Although its use is banned in some countries because of its poisonous nature, comfrey also helps in the treatment of stomach problems.

Kava leaves have sedative and anesthetic properties for treating anxiety.

Amla is used as a laxative for treating constipation and also for diabetes treatment.

Lemon balm is an effective remedy for indigestion and sleeplessness.

Montbretia is a herbal plant used in the treatment of dysentery.

Although the raw plant is poisonous, virtually every part of this plant has good medicinal benefits after processed.

This root can be used for tea in the treatment of kidney stones, fever, and diarrhea.

This herb is a good remedy for UTIs (urinary tract infections).

Ginseng is an adaptogen, which means it helps the body to adapt to ? or cope with ? stress. Its tea is drunk for its relaxing effect.

The leaves of the Eucalyptus have antipyretic properties for treatment of fevers while the oil is a good analgesic.

This herb is beneficial in treating liver diseases like hepatitis.

Raw garlic is a strong antibiotic and is good for treating heart disease.

Ginkgo is an age-old herbal plant which has been used for treating respiratory disorders such as bronchitis and asthma. It also finds use in the treatment of Alzheimer?s disease.

This herb is used as an antidepressant for depression patients.

The leaves of this popular plant are used for treating skin conditions including burns and wounds.

Just like Aloe vera, jasmine is a major component of skin care products. It is used for its antiseptic and anti-inflammatory properties in the treatment of skin diseases.

A major component of curry, turmeric is a natural remedy for body pains such as arthritis, and as a laxative for relieving constipation

This herb is useful for boosting brain functioning and for disease prevention.

Chamomile tea is a common stress reliever. It is also used for stopping flatulence, stomach upset and insomnia.

The extract of this plant?s root contains anti-bacterial and anti-inflammatory compounds such as flavonoid and alkaloids which make it a good remedy for pains and fevers.

Scientifically named Actaea Racemosa, this plant is known to have anti-inflammatory and analgesic properties that make it good for treating arthritis and pains.

Chickweed contains high levels of iron and is common for treating iron-deficiency anemia. It is also used for relieving pains.

Alfalfa leaves help in lowering cholesterol and for treating UTIs.

The root of the Garden Angelica plant can be used for tea for the treatment of respiratory and digestive disorders.

This species of Angelica herb is used mostly by women in Asia for treating hirsutism.

The fruit of this herbal plant is used as a remedy for heart disease and digestive problems.

When boiled and steeped, cornflower can be used for treating conjunctivitis and tired eyes.

Also known as pawpaw, this fruit and leaves of this plant have wound-healing properties.

A type of chili pepper, cayenne is common in household kitchens. Its use includes for treatment of inflammations, reducing cholesterol levels and as an anti-virus.

Barberry contains large amounts of vitamin C and has been used by Native Americans for treating scurvy, skin infections and digestive problems.

Neem is native in India for treating malaria, skin infections, rheumatism and other conditions.

From the Italian words ?bella? and ?donna? meaning ?beautiful woman? when combined, this albeit toxic plant is used by women for pupil enlargement and as a sedative.

In traditional Chinese medicine, this plant is useful in the treatment of sore throats and colds. It also has anti-diabetic and diuretic properties.

Celery is used as a diuretic for the urinary tract.

This colorful herb is known for its use in the treatment of several disorders including respiratory and cardiovascular.

This is used for cancer treatment, hepatitis treatment, and for boosting the immune system.

Passionflower is used for treating depression and the symptoms of anxiety such as insomnia.

Although banned in the United States for oral consumption and application to wounded skins due to its toxic nature, this plant is used for the treatment of osteoarthritis.

Plantain leaves can be boiled with water to make a tea used in treating cough and other respiratory disorders.

The guava fruit and leaves are used for treating diarrhea.

This plant is used for treating scurvy and diarrhea.

Elderberry fruit and leaves are helpful in pain relief and coughs.

This plant helps in treating brain disorders such as Alzheimer?s disease by boosting cognitive function.

The bark of the white willow tree contains salicylic acid, which is the major component of aspirin. Thus, it is used as an analgesic.

Clove oil can be used externally to relieve toothaches. Its plant is a common expectorant.

Peppermint is used for the treatment of common cold, indigestion, and nausea.

This native Greek plant is used for the treatment of coughs, sore throat, and digestion problems.