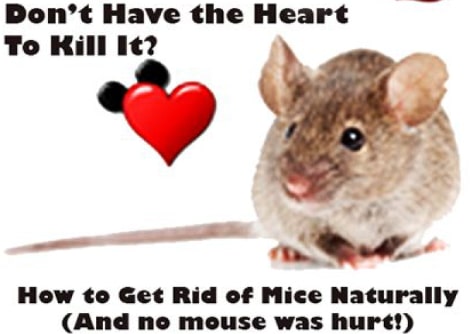 Mice is a house pest that is characterized in appearance by a long nose, small body stature, and a relatively long tail. This species of animals are highly recognized for their strong adaptability to various conditions and a high and successful breeding rate.

These were characteristics that were beneficial to man in previous times when they were consumed as a source of food or were used for various economical purposes. These days they constitute nothing more than being a pest, an uncontrollable one at that. They are famous for notoriously invading homes, gardens, and farms and causing different degrees of damage.

Although their invasion is almost inevitable, there are lifestyle changes and good regular habits that can effectively help keep them at bay and ensure quick riddance. We have therefore decided to compile an article that gives you an insight into the causes of mice invasion and the effective ways to deal with it.

Although there are various species of mice with some being kept domestically as pets in homes and others used in scientific laboratories, there are two types that are famously known for invading human settlements. They include:

This is the species that is most known for invading homes whether they are fully occupied or not. Over time they have developed and adapted to the environment thus making them stay unnoticed in homes.

They survive on the little crumbs and scattered edible substances all over the house and do not take long to breed into large sizes.

Field mouse rarely invades homes, but they are notorious pest that cause damage to farms and gardens. This pests are usually larger in size to the counterparts, house mice and are more difficult to get rid of.

Getting rid of field mouse often requires more physical activities such as the use of a predator or catching them yourselves on the field which may be extremely strenuous.

This is one of the main causes of mice infestation as it allows them a lot of breeding spaces to hide in. This aids their breeding and they make homes in places that are often scattered and littered with dirt.

Keeping trash for a long time is a bad habit as it gives space for breeding of various microorganisms and parasites, this also includes mice.

The presence of trash be it littered all around or just laying there for weeks offers them breeding space and food for survival. This encourages them to keep coming back and that ultimately leads to the infestation of the house by this unwanted animals.

Mice are social organisms that are always wandering around looking for new places to breed and find food and so they are likely to find those small cracks and openings that are ignored.

This offers them access to homes, and they begin to constitute a nuisance to members of the household by breeding in an uncontrollable rate, destroying household furniture and littering the house with their faces.

How To Get Rid Of Mice In Apartments

The process of getting rid of mice in apartments involves many processes but the first and most important of them all is finding the main breeding place of these pests.

This can be done by effectively monitoring their activities by setting up baits and keeping a close watch of where they come from and where they go to when pursued.

Finding their main breeding place is important because mice reproduce at a very fast rate and it would be inefficient to go after them one by one when you can set a trap that would sweep up a bunch at once.

After their breeding place has been discovered, then this methods can be employed to efficiently get rid of them.

Mice traps are a very efficient way of capturing and gating rid of them once their breeding place and common routes have been discovered. The first and most common which is the use of the metal mousetrap. Bait is placed on the trap, and once the mouse comes in contact with it, it clips it down rendering it helpless.

An important factor to note when using traps is to make sure that they are placed in breeding areas or popular routes of these pests.

Use of Rat Poison

The use of rat poison is another very effective way of getting rid of mice in apartments, but they have to be applied with extreme caution as they are often poisonous to humans too.

Rat poison is produced in two forms which are small bullet forms or in liquid form. Both forms are equally efficient and guarantee the death of these pests when consumed. Some individuals decide to go the extra mile by mixing the poison with food ingredients they believe the rats will find appealing, this is good but is not necessary.

It is important to put this poison out of the reach of toddlers and teenagers as most of the poisons are also poisonous to humans.

Use of Peppermint Oil

Although peppermint oil does not kill this pest or get rid of them in the house, it is a very efficient method of keeping them out of the house in the first place.

One of the popular characteristics of peppermint oil is its very strong odor, a feature that is very irritating to mice. The odor acts as a very strong repellant to mice, and it guarantees keeping them out of the house.

To employ this method, a 100 percent peppermint oil should be purchased as a mixture denies the oil of its potency and strong odor. The oil is then sprayed in areas which are believed to be routes of this pest and opening which might serve as pathways to them. The strong repelling odor of the peppermint oil will prevent mice from infesting the house.

This method involves employing the services of a professional to get rid of this pest. This is the fastest and most effective method, but it is also the most costly.

Apart from high monetary charges associated with it, employing the services if an exterminator is the most effective approach to permanently get rid of mice.

How To Get Rid Of Mice In Kitchen

These pests also damage foodstuffs and are notoriously famous for chewing on furniture thus condemning very vital tools in the kitchen.

Fortunately, there is a very effective method to permanently get rid of them in the kitchen. This is explained in further details below.

The first step in getting rid of mice in the kitchen is to find out their entry place and block it immediately.

Tidying up of the kitchen to expose hiding places of this pest. It is also advised to dispose of food substances which the pest has come in contact with to avoid diseases that have been associated with them.

Using any of the methods listed above for getting rid of them in apartments. This could be the use of rat poison, traps or employing the services of an exterminator.

After all the mice have been gotten rid of peppermint oil can be sprinkled in edges all around the kitchen to repel them and ensure they do not come back.

How To Get Rid Of Mice In Walls And Garages

One has to be cautious when trying to get rid of mice in areas such as walls, ceiling, and garages because employing methods such as poisoning does not deliver immediate effects thus allowing them to retreat to their small hidden hideouts before dying.

This can cause further problems as dead mice will decay and cause strong odor which is likely to affect the whole house.

After adequate research and try outs, this method has been chosen as the most effective in getting rid of mice in walls and garages. A detailed analysis of the process is given below.

Finding out the areas such as walls and hidden places in garages that the pests are breeding in.

Setting up mousetraps with baits in their common routes.

Disposing off of the caught mice and sprinkling peppermint oil in pathways and edges of the walls and garages to prevent more from coming in.

How To Get Rid Of Mice In Winter

Mice are very active social organisms that are constantly on the move in search of better breeding places and sources of food. The low temperature of winter hinders them from getting this outdoors and so they proceed to find alternatives in homes, restaurant, offices and any other place they can find their way into.

Although it may be a tough process, there are efficient methods to successfully get rid of these pests without having to employ the expensive services of an exterminator.

It is very important to ensure that all small holes and opening are blocked to ensure mice don’t get into the house.

External conditions are no longer favorable to them and so they are more desperate to find entrance into the house. All entrances should be adequately checked, and openings should be completely blocked.

Although this does not guarantee that mice will not come into the house, it discourages their breeding as it does not give room for hiding space.

Scattered furniture, litters, crumbs, and trash should be avoided as this are the conditions that attract mice in large quantity.

You can decide to use rat poison, metal mousetrap or gum mousetrap. The key to ensuring these traps are effective is to place them near breeding places and common routes.

It is also advisable to apply them with bait as mice are intelligent and can find their way to maneuver around while avoiding the traps. The bait attracts them and helps capture them immediately.

The last process involves sprinkling peppermint oil in edges around the house and pathways such as windows, doors and other areas which you believe may serve as pathways for the pest to gain access into the house.

All these activities listed above guarantee effective ridding mice in apartments.