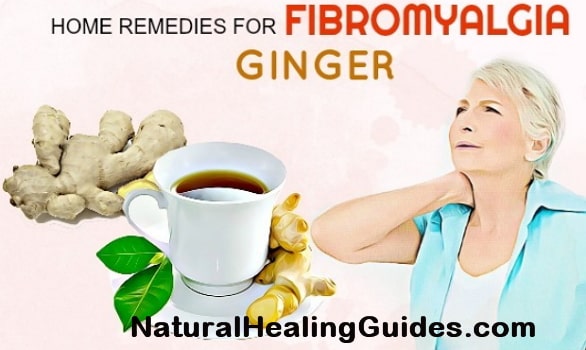 Fibromyalgia is a chronic disorder in the body system in which an individual experiences mild or severe pain in muscles and areas with connective tissues such as joints. The disorder is often experienced in muscles and soft connective tissues all over the body, making it being characterized as a widespread condition. Fibromyalgia, most times, is accompanied by other ailments such as chronic fatigue, headache and sleep problems amongst other things.

This condition could be as a result of either psychological or physical trauma, and its symptoms sometimes appear without any prior reason. Other factors which could lead to it include age and gender. Although there is no permanent cure or medication deal with fibromyalgia, there are effective treatment methods, either natural or medical, and are very effective in reversing its symptoms and dealing with it.

Some families have the tendency of developing this condition once or several times and so, the conclusion that fibromyalgia may be as a result of genetic mutations in individuals. There have been cases where the reoccurrence of this condition has been noticed in as much as three generations, thus confirming the theory.

Individuals, particularly children who have a long experience of going through physical and mental stress and pain have been found to be more likely to develop this condition. This is because their brain chemistry is altered over the years, having to constantly deal with this painful? experience, and thus altering the way it responds to pain and stress over the long run. This also includes victims of Post Traumatic Stress Disorder (PTSD)

Other diseases, which could be severe and reoccurring can ultimately lead to the development of fibromyalgia in a victim. Disorders such as arthritis that directly affect muscle and connective tissue are more likely to lead to it.

There have been several drugs for treatment, but their effectiveness in treating the condition has been questioned over the years. These drugs have been found to be ineffective several times, and worse, they pose serious long-term health consequences. Therefore, there are other effective natural methods in treating this conditions which involve exercises, diets, and Ayurveda.

Yoga, through its various activities and exercises, help ease mental and physical health. It is very effective in the treatment of fibromyalgia and offers quick results. Another way in which yoga helps in curing this condition is that the exercises help stretch the muscles and increase the flexibility of joints, all of which aid reversing of symptoms of fibromyalgia.

Curing fibromyalgia is as much as a result of diet as it is exercises and medication. This is because it is important to consume foods which help the body heal, nutrify it, develop immunity and also reduce inflammation. It is also important to stay away from diets that contain food nutrients sthat boost production of excitoneurons, as this increased sensitivity of brain, further aggravating fibromyalgia.

The use of Ayurveda in the treatment of fibromyalgia involves the use of herbs, spices and other natural ingredients in curing this disorder. Theseingredients help reverse the inflammation and detoxify the body system while also boosting mental health. This makes them very effective in curing fibromyalgia.

Diet is one of the most important factors in treating this condition. It determines the effectiveness of other treatment methods, the healing process, and the likelihood of reoccurrence. Below is a list of food types to include in the daily diet to ensure effective treatment of fibromyalgia and those to stay away from;

Whole foods are very important in treating fibromyalgia as they contain a lot of naturally occurring nutrients their processed counterparts may have been stripped of. They help develop the physical and mental health of the body thus reversing symptoms such as chronic fatigue and many others. Examples of whole food which are good for treating fibromyalgia include sweet potato and rice.

This nutrient which can be gotten naturally from the sun, and other sources such as fish, milk, and eggs have been found to be very effective in curing fibromyalgia. One of the major functions of this vitamin in treating this condition is that it helps ease the pain which is one of the major symptoms of fibromyalgia. Foods rich in vitamin D should be made a regular part of meals to ensure a quick recovery, and its supplements can also be taken.

These food types are rich in magnesium citrate such as vegetables, nuts and seed are very effective in the treatment of fibromyalgia. This is because these nutrients help reverse and balance the effects of excitoneurons on the brain. Thus decreasing its oversensitivity leading to pain and stress. This foods also ensure quick healing and recovery of the body system.

Excess sugar intake has been linked to a host of health problems and disorders, of which one is fibromyalgia. Sugar and artificial sweeteners such as sucralose and saccharine amongst many others contribute to the symptoms of fibromyalgia. Natural alternatives to this food types include honey, lemon, and other natural sweeteners which do not pose any long-term health threats.

Unfortunately, the battle against this painful condition has not been won. There is no specific treatment method or special pill to treat fibromyalgia. Individuals, under the supervision of a professional health specialist often depend on a combination of alternative methods to treat it. This includes diet, physical activities, pills and also supplements. Although supplements do not guarantee immediate curing, when combined with other treatment methods, they are effective in getting rid of fibromyalgia. Below is a list of best natural supplements for treating fibromyalgia;

This element helps reverse the effects of excitoneurons on the brain amongst other things. It is important in the optimal functioning of the body system, and its deficiency can aggravate the condition of fibromyalgia. To ensure effective treatment of this ?condition, magnesium is needed it adequate quantities, thus requiring the use of its supplement.

The 5-HTP is an acronym for 5-Hydroxytryptophan, an element which is necessary for the development of a brain chemical called serotonin. Serotonin plays an active role in regulating mood, and its deficiency has been associated with chronic mood disorders such as depression. It is also effective in balancing chronic mood swings and sleep disorders amongst other things

This herb which has gained prominence recently, over the years is very effective in treating fibromyalgia. It is capable of regulating chronic mood swings such as anxiety and depression, reduce inflammation and pain. Although the effectiveness of this herb has been a point of criticism over the years, it is believed to be very effective.

This supplement is used in reversing sleep disorders which is one of the major symptoms of fibromyalgia. When this is accomplished, it aids quick recovery as the body now has the ability to heal and recover, and overcome the chronic fatigue associated with the condition. Also, this supplement is capable of easing pain associated with fibromyalgia.

Turmeric is an herb that has been found to have strong anti-inflammatory properties. This makes it a very effective agent in curing fibromyalgia. It does this by reducing inflammation in muscles and joints while also easing the overall pain. To use turmeric, the powder can be mixed in a glass of warm water and consumed 1-2 times daily for quick results.

Ginger is another herb that is good in the treatment of this condition due to its anti-inflammatory properties. Ginger, on it own, also aids in easing pain, all of which contribute to reversing of the symptoms of fibromyalgia and curing of the condition.

Licorice root also acts as a pain reliever in dealing with fibromyalgia. Its function is similar to that of cortisone in the body system, thus helping to reduce pain in the muscles and joints while also reducing tension in the body system.

One of the symptoms of fibromyalgia is Gastrointestinal Disorders, and this ayurvedic herb is very effective in reversing it. It helps to clean the colon while also detoxifying and cleansing it.

Can Fibromyalgia be cured?

Unfortunately, there is no magic pill or special surgery to ends this condition permanently, and most people that develop it have to live with it for the rest of their lives. However, it does not mean you cannot live a stress free life without its symptoms afecting your daily routine. Proper lifestyle changes accompanied by medications and other alternative forms of treatment will help you forget you ever had the condition. Fibromyalgia is a lifetime condition, but it certainly doesn’t mean you have to go through lifelong pain.

Can Fibromyalgia go away on its own?

Sometimes, the symptoms of this condition may be mild and can be easily ignored, thus leaving people with the thought that fibromyalgia can go on its own. In such cases, people that have started experiencing symptoms of this condition for less than two years have a high probability of 80% that the condition will leave on its own. In individuals who have been experiencing symptoms of fibromyalgia for much longer, there is a very low probability that you will recover from it naturally.