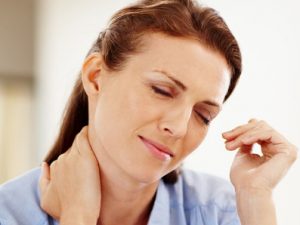 How to get rid of body pain and fatigue naturally

Body pains mostly result from performing arduous tasks, engaging in strenuous physical activities, or a sedentary lifestyle. Deficiencies such as low potassium levels and infections like influenzas are also known to cause body aches.

Examples of common body pains are backaches, toothaches, joint pains, fibromyalgia, and so on.

Fatigue is one of the symptoms of body pains and refers to a temporary state of reduced energy or loss of strength. In simple terms, you are suffering from fatigue when you feel tired always or when you are constantly exhausted.

Before seeking the solution to any problem, it is good practice to understand the underlying cause of the problem. There are several reasons why people feel fatigued. Some of the top causes of fatigue include:

If you are suffering from body pains or fatigue there are several methods that can be employed in treating them. Below are some of the natural ways to get rid of these conditions.

There is no alternative to sleep. Lack of sleep does a lot of bad to the body and enough of it can cure many things. It is recommended that we sleep an average of 6 to 8 hours every day for optimum performance. So to prevent and remedy your body pains, it is important that you get enough sleep during the night.

Body pains can be as a result of some vitamin deficiency such as vitamin C. Tomatoes have high vitamin C content which can help in reducing the aches. You can make juice from tomatoes or eat them directly.

High energy foods like banana or almonds should be included in your daily diet to give you extra energy. Moreover, eating such foods will help in preventing body aches.

Stiffness and swelling around the joints are symptoms of joint pains. Also, some people get tired without any particular reason. Exercising is a quick and good way to come out of the tiredness. A caution though: try to do simple to moderate exercises like walking so as not to exhaust yourself. Based on research, exercising helps in releasing chemical substances such as endorphins, which is a known analgesic.

Turmeric contains curcumin, which is an anti-inflammatory chemical that helps in pain relieving. Mixing turmeric powder with water and drinking is a natural way of treating body pain.

Epsom salt contains sulfates, and magnesium, which is a mineral known for its anti-inflammatory properties. You?re your bathtub with water and pour a cup of Epsom salt into it. After the salt has dissolved, immerse yourself in the solution.

Potato contains high levels of potassium which is essential to the body but is not produced by the body. Potassium is an essential mineral that is needed for the release of energy and good operation of the body cells. To get this essential mineral from potatoes, slice the potatoes and add to a cup of water. Keep the mixture overnight and drink it the next morning.

Ginseng is a popular Chinese herb that has been known to provide several health benefits. This herb is good in controlling the body?s hormonal balance. This is important because hormones play a huge part in our response to stress. To get rid of fatigue, add some dried ginseng in a cup of hot water and stir thoroughly. Keep the mixture covered for some while, open and add some honey to consume. Do this at least once every day.

One of the causes of fatigue is dehydration. So, to keep your body hydrated there is a need to increase the intake of water. While doing this, you also need to stay away from alcohol and caffeine, as they can interfere with the process.

Peppermint oil has analgesic and anti-inflammatory properties which are essential in pain-relieving drugs. To get rid of body pains, add some drops of peppermint oil in olive oil and use the mixture to massage the affected area. For fatigue, pour the drops into a tissue or a damp small cloth and inhale.

Using an ice pack, massage the pain affected area and leave the pack there for about 10 minutes. Repeat the process two more times and do this three times daily.

White Willow bark contains salicin which is one of the main ingredients used in painkillers like aspirin. Although it may not be good for everybody such as people with diabetes, asthma, or bleeding disorders, it is one of the best natural remedies for body aches. All you need to do is to boil the White Willow bark powder in water and drink the filtered solution.

Body pain and fatigue are conditions that should not be taken for granted as they can lead to more chronic ailments. Using any of the home remedies listed in this article will give you a chance at getting rid of these conditions. Nonetheless, if the conditions persist, it is advisable to see a doctor for way forward.

how to get rid of tiredness and sleepiness

how to get rid of tiredness instantly

how to get rid of tiredness home remedies

how to get rid of body pain naturally

how to get rid of fatigue and weakness