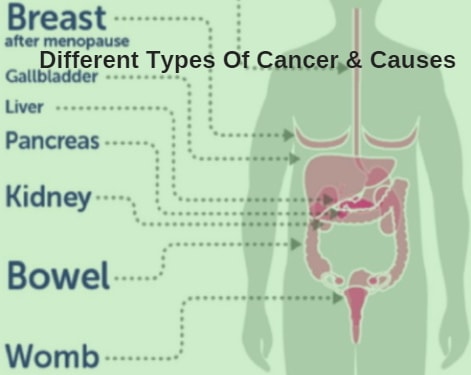 Statistically, cancer is a major cause of deaths in the world, with lung, liver, colon, breast, and stomach cancers topping the list. Based on research forecasts, it has also been estimated that more than 10 million persons will die from cancer in 2030, which is around 70% more of the 2015 cancer mortality rate of 8.7 million deaths.

What is cancer exactly?

Normally, the division and multiplication of cells is supposed to be in an orderly and steady manner; however, the cell reproduction process goes haywire in a part of the body tumors are the end product. Tumors can either be harmless, referred to as benign tumors, or harmful, which are called malignant tumors or cancer. While the benign tumors have no significant impact on the body, the same cannot be said of the malignant type. Cancerous tumors not only affect the function of the primary body part ? where the tumors originated, but can also spread to other parts of the body via the bloodstream or the lymphatic system.

That being said, cancer refers to any malignant tumor in the body that is basically as a result of abnormal and uncontrolled cell division. The tumors can affect parts of the body other than their primary source, as was previously stated.

Most times you hear reports of people who have stage four lung cancer, or stage two gastric cancer. The idea behind cancer stages is to serve as a means to determine the extent to which the tumors have spread in the body and how affected the primary body part is from the disease.

Although there are peculiarities, there are basically four major stages for all cancer types with each stage signifying the severity or degree of damage by the disease. The four stages are:

This is the first stage of the cancer development process. Stage 0 mark the point where the tumor(s) are still only affecting the primary body part ? like an organ ? and can be easily treated.

At this stage, the cancer cells have just started to gradually multiply and spread into neighboring tissues.

The rate of multiplication increases at these stages as the tumor begin to get bigger in size and start to reach the lymphatic system.

This is the last stage of cancer. At this stage the cancer has reached an advanced stage where it is not only affecting the primary body part, but has now spread to other parts of the body.

Cancer is one of the most multifarious diseases ever known to man. There are more than one hundred distinct types of cancer known in the world today. Since there are different types of the disease, affecting various parts of the body, it serves us well to look at what causes each of these cancer types. The type of cancer is based on the part of the body affected as well as the causes of the cancer.

It is important to note, however, that while the cause of different forms of cancer may vary, there are certain factors that increase the risk of developing any type of the disease. One example of such factors is genetics; cancers such as breast cancer are predominant in persons who have a family history of the disease.? Other factors such as exposure to radiation, age, dieting, tobacco smoking, and unhealthy lifestyle also contribute to the risk of cancer development.

Having said that, we?ll take a look at some of the common types of cancer and their causes; this is because it would be an exhausting venture ? one that should extend beyond one article ? if we try to consider each and every one of the various forms of cancer in this single piece.

Contrary to popular belief breast cancer has been known to affect both genders; however, the major victims are women. This type of cancer affects the breast tissues and can spread very fast to other body parts if not diagnosed and treated early enough. After skin cancer, breast cancer is the next common type of cancer in women.

Although breast cancer can happen to anyone, especially women, people with a family history of the disease are at a higher risk of developing this type of cancer. Other contributing factors to the development of breast cancer are poor dieting, and exposure to radiation. Regular screening is required by women to know if they have the disease.

Prostate cancer affects the prostate gland in men. This type of cancer is a serious one as it can be undetected until it moves to other parts of the body. It is estimated that more than a million men die of prostate cancer every year, with more than 150,000 in the U.S.

Prostate cancer is mainly caused by eating cancer-causing foods. This form of cancer can also be as a result of exposure to radiation in the penial region.

The major cause of colorectal cancer is bad lifestyle habits like smoking, alcoholism, poor dieting, and so on.

Pancreatic cancer has claimed so many lives including that of the founder of Apple Inc., Steve Jobs in 2011. This type of cancer is marked by jaundice, and abdominal pain in the patients. Pancreatic cancer is fast-spreading cancer and may have no symptoms until when it is in the advanced stage. Obese persons are at a higher risk of getting this type of cancer than thin persons.

This type of cancer only affects women as men don?t have the cervix, which is the primary target. According to statistics data, more than a quarter of a million women have died of cervical cancer.

Cellular mutation in the cervix of the vagina is the primary cause of cervical cancer.

There are different types of leukemia but all start from the blood marrow which is the place the blood cells are produced.

The major cause of leukemia is an over production of abnormal blood cells which overpower the normal cells. This leads to other conditions like anemia and fatigue.

This type of cancer affects the skin.

There are different causes of melanoma including skin exposure to radiation.

As the name suggests, bladder cancer affects the bladder. This type of cancer can be easy to detect due to the fact that there is an associated pain during urination. Hence, there is a higher chance of bladder cancer patients surviving than patients of other forms of cancer.

Among the different types of cancer lung cancer has one of the lowest rates of survival, leading to the demise of more patients than any other cancer form in the United States. This type of cancer affects the alveoli or air sacs in the lungs. There are different forms of lung cancer with the non-small cell type being the most common.

The most common type of lymphoma is the Non-Hodgkin?s lymphoma which begins in the white blood cells of the lymphatic system. This type of cancer is characterized by inflamed lymph nodes, tiredness, and abdominal pain.

A person can have stomach cancer for long without knowing about it due to the fact that it can hide itself to diagnosis at stage 0. Symptoms of this type of cancer include prolonged bloating, heartburn, and nausea.

Gastric or stomach cancer is mainly as a result of excessive alcohol consumption, smoking,, and intake of carcinogenic foods.

In 2015, it was reported that more than half a million persons died of liver cancer. The liver is one of the most essential organs of the body, as it is impossible without it. Its primary function is to process body fluids including the blood and filter out waste products.

Cancer of the liver is primarily caused by alcohol abuse, or as a result of some liver disease like hepatitis B. Nonetheless, most of the liver cancer cases are due to cancer cells which migrated from another body part ? the primary affected part.

While we have considered only some forms of cancer, there are many other types including oral, esophageal, laryngeal cancer, and other types.? The type of cancer is determined by the part of the body primarily affected and the associated symptoms.