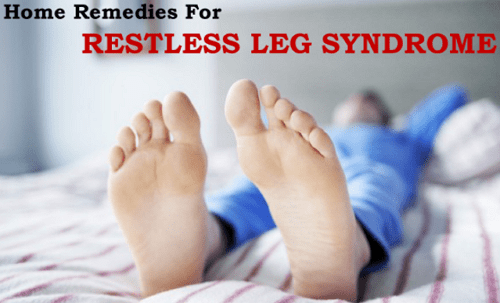 Restless legs syndrome (RLS) makes a person feel some involuntary movements and discomfort in the legs. This usually happens during the late afternoon or evening hours. They may come up if a person has been inactive for a long period. This uncomfortable movement makes a person have an uncontrollable urge to move the legs thereby making it difficult for a person with this syndrome to sleep. It is also known as Willis-Ekbom disease.

RLS can be so exhausting and it can also cause daytime sleepiness. This makes its victims have a low performance in their day to day activities. If RLS is left untreated, it reduces a person?s productivity by about 20%.

This disease affects about 7-10 percent of the US population and it occurs in both men and women though the women are more prone to it. 80% of its victims experience an involuntary movement or jerking of the leg or arm during sleep. This phenomenon is called periodic limb movement of sleep (PLMS).

This disease has made it difficult for its victims to undergo activities like travelling long distances, watching movies at a cinema (because it will come up when they are inactive). It is suggested that it can also cause anxiety and depression.

This condition is usually diagnosed by carrying out physical and neurological examinations and blood test (to ascertain if is due to iron deficiency) in the hospital. This condition can be managed with or without medications depending on its severity.

There are two types of RLS, the primary also called idiopathic RLS, and the secondary RLS. The cause of the primary RLS is not known (the word idiopathic already tells us that). It is suggested that it may have a genetic cause and it may start as early as childhood.

Secondary RLS tends to start after the age of 45 years and it can be caused by the following:

The most pronounced symptom of RLS is the worsening of the discomfort at night and being less in the morning. The symptoms of RLS range from mild to severe. RLS is usually characterized by

Magnesium is naturally a mineral that our bodies need because of the vital role it plays. It is useful in regulating many biochemical reactions in the body in which nerve and muscle function is included.

According to early research, some cases of RLS may be caused by magnesium deficiency. In this case, it is suggested that taking magnesium supplements can help reduce the symptoms and help the muscles relax. This is because magnesium has the ability to block calcium which helps in the regulation and trigger of muscle contraction. Using a large amount of magnesium supplement only works better if the magnesium deficiency is one of the contributing factors to the disease.

Using magnesium to treat RLS may have some side effects; the commonest being stomach upset while others are nausea, vomiting, abdominal cramps and diarrhea. The severity of this cramps depend directly on the amount of magnesium taken.

High doses of magnesium are dangerous as severe cases may lead to coma or death.

How to stop restless legs immediately

There are ways to put RLS to rest immediately the symptoms start. You can do this by:

When you are being caught up by RLS, you can find relief by

The medication given to patients with RLS depends on the patient and the severity of the disease. Most times, the patients are advised to use

These supplements will be helpful whose cause of RLS is the low level of iron in the brain. This medication may not work for others especially if theirs is not caused by iron deficiency.

Non-steriodal anti-inflammatory drugs (NSAID) like ibuprofen are helpful in the treatment of RLS. These drugs can easily be gotten over the counter.

These are sedatives (drugs that help improve sleep) which are given to those with sleep disorders as a result of the disease. Benzodiapines like restoril, klonopin, or clonazepam are commonly used. The use of this drug at night can cause sleepiness during the day time, reduce energy which in turn reduces productivity. This drug should not be used except it is the only option. This is because it can cause apnea (the cessation of breathing) during sleep.

These drugs help increase the dopamine effect by increasing the level of dopamine, which is a neurotransmitter. These drugs are taken at night and it has been found to help reduce the unpleasant sensation in the leg experienced by those with RLS. It is mostly taken by those with Parkinson?s disease. Some of these dopaminergic agents are carbidopa and levodopa.

This drugs though well tolerated can cause nausea, dizziness and other short term side effect.

Drugs like gabapentin enacarbil have been approved for the treatment of moderate to severe RLS. This drug is gradually becoming the first line of prescription for those with RLS. It is as effective as the dopaminergic agent and there has been no reported case of augmentation (the medication making the symptoms worse). This drug and other anti-seizure drugs work by reducing the creeping, crawling and nerve pains in the leg.

These drugs have some side effects like dizziness, sleepiness and fatigue.

The use of these drugs (nuerontin or gabapentin) can help in the treatment of pain and muscle contraction and daytime symptoms bringing relief to the patient.

When using the above listed medications, it is important to note that the medication that had been working for you may not work again after sometime. When this happens, the doctor will have to replace the medication with another one to cure the problem.

During pregnancy, self-care techniques may be recommended by the doctor instead of the drugs for safety reasons. But if the symptoms get worse during the last trimester, a doctor may recommend some drugs to help out.

What are the best home remedies for restless leg syndrome?

The most common home remedies that are sure to work for this disease involve:

Most times, restless leg is usually triggered by long hours of idleness hence undergoing some of these activities may bring up your symptoms:

Apart from being in active, there are some diseases that put you at high risk and trigger secondary RLS. They are

More in Diseases And Treatments