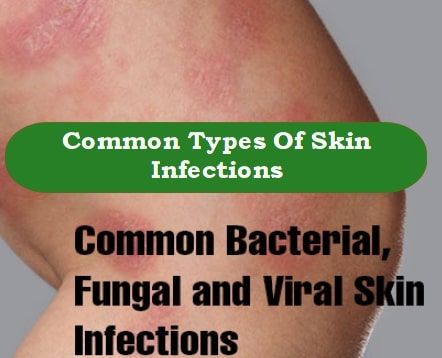 The human body comprises several organs such as the liver, the eyes, the stomach, the heart, etc. Of all the bodily organs, the skin is the largest, in terms of surface area.

The skin is the sense organ of touch. It is through the skin that we get to feel things, and through it the brain tells us whether a sensation is painful or cold or hot.

Besides being the organ of touch, the skin also performs some other functions. The skin plays a role in excretion, as sweat is released through the skin. Perhaps, the most important function of the skin is for protection. The human skin protects the body from the environmental elements, such as cold and infection.

Though the skin is a protective layer over the body, it doesn?t mean that it cannot be affected by disease. In fact, the skin is one of the most vulnerable organs in the body to be infected due to its out-of-body nature. There are several skin problems that can disrupt the proper functioning of the skin. This is the focus of this article.

The condition of the skin can be a pointer to the overall health condition of a person. Changes in the appearance of the skin, the skin texture, or skin colour may be representative of a skin condition.

Through this post, we aim to give a concise list of the most common skin infections. This is done because it will not be easy to present a comprehensive list in an article of this size, perhaps a journal or textbook is more appropriate for that.

Apart from the above causes, a compromised immune system also makes it easy for a person to get a skin infection.

Common signs and symptoms of most skin infections

Below are some of the common signs and symptoms of most skin infections:

Diagnosis of a skin infection begins by first identifying the type of disease-causing organism responsible for the infection. This process of identification normally starts with a physical examination of the affected skin. In most cases, it is easy for the dermatologist (skin doctor) to identify the type of infection based on the appearance.

During the physical examination, it is also common for the doctor to ask the patient about symptoms, so as to correctly name the infection.

The outcome of virtually all skin infections is usually non-fatal. However, depending on the type of skin infection, the prognosis will vary. While most skin infections caused by bacteria will respond well to treatment, few may prove resistant.

Conventional medicinal treatment will normally involve the use of creams and ointments which are to be topically applied on the affected skin.

Antihistamines can also be used as remedy for skin conditions caused by allergens. These medications work by counteracting the effects of histamine in the body.

While surgery is an option for skin infection, it is usually the last resort: used only when other methods prove ineffective. Examples of skin infections that may need surgery include warts and skin cancer.

The fact that most skin infections are contagious (i.e. they can transmitted via contact or use of infected items) means that they can also be prevented. Below are some useful tips which you should consider if you want to prevent contracting any skin infection:

There are many skin diseases/infections that affect man. The key to effective treatment of these diseases is by first understanding the cause of the disease. However, the best form of treatment is prevention. Most of the above-mentioned skin infections can be prevented by following the prevention tips listed in this article.