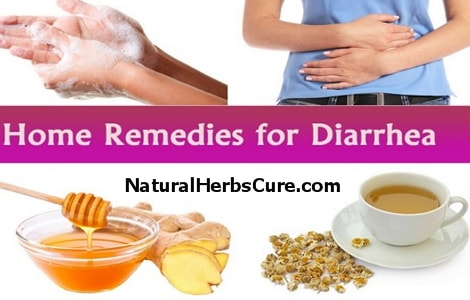 ???? Diarrhea is a condition whereby a person is suffering from uncontrollable frequent and watery bowel movement. In layman’s terms it is simply being unable to control your stool only this time it is extremely watery.

Almost everyone has suffered from diarrhea at least once in their life time but most times the body system corrects itself and the condition is reversed, this is when diarrhea is at a mild stage. In some cases the patients are not so fortunate and it is accompanied by some other effects such as nausea, vomiting, weakness even up to the extent of serious loss of weight.

It is very important to consume a lot of liquid when suffering from diarrhea, this is because in the process of stooling uncontrollably your body system looses a lot of water.

Many people mistake staying hydrated to drinking water only but that is certainly not the case. It is okay to take tea, homemade juice and many other edible liquid food. Although it is important to stay away from sugary substances and the ones that contain caffeine as this may? end up upsetting the balance of the stomach and digestive system more and consequently worsening the condition of the victim.

Another point to note when keeping yourself hydrated is that it is not advisable to consume a lot of liquid at once, it is preferable to spread your liquid intake between meals to give the body system enough time intervals to correct itself and also, too much intake only worsens bloating.

The first step to take when you notice symptoms of Diarrhea is to keep yourself hydrated but if your condition is not improving it is important to proceed to get a medical check up.

Consumption of low fibre foods such as potato, rice, wheat and banana are very useful in easing the suffering of a person suffering from diarrhea.

You might be wondering how consuming more food helps to stop a condition that is mostly attributed to Irritable Bowel system but I am glad to tell you that they are very efficient. These low fibre foods are consumed mainly to increase the thickness of the stool and help your overcome the uncontrollable stooling.

The upside of consuming this ?brat? food is not only that that they help thicken your stool but it also helps reduce your rate of dehydration by reducing water loss in form of uncontrollable bowel movements.

A list of other low fibre foods that it is okay to consume for treatment of diarrhea include baked turkey, cassava, spaghetti and a host of others. It is also very important to stay away from spicy, surgary or milky food as they would only make you stool more.

It is a normal occurrence to see people sipping on glucose of salt mixed with drinks when the suffering from diarrhea, the reason for this is that it is important to replenish the lost nutrients and extrolytes passed out of the body with stool.

Salt and glucose are highlighted because they are easy acquirable in the house but other energy drinks can also be consumed.

Another important fact to note about consuming this drinks is that in their form they are easily absorbed and processed in the body system, especially glucose and is necessary to reverse weakness.

Black tea is an home medicine commonly used for treating effects of diarrhea in adults. This is because the drink contains tannin which helps reduce bowel movement.

To further explain how black tea works, the tannin constricts the digestive tract hence reducing the rate at which you have to stool. This allows the body to absorb greater quantity of liquid that would have been lost in th stool and reduces inflammation in the intestine.

It is not advised to use the method to treat diarrhea in little children under 15 years if age especially toddlers because their body system may not yet be fully developed to withstand the effects of tannin.

To use this method it is preferable to take the black tea warm or hot in the morning, and you are likely to be in to see results in a matter of 2 to 3 hours.

The use of berries are very similar to that of black tea as they both contain the same ingredient ?tannin? which is a major tool in reversing the effects of diarrhea.

Although not all berries are used, blackberry and raspberry contain great amount of tannin and is very efficient in dealing with diarrhea. It is important not to use others like strawberry as it would only worsen your condition and increase the rate of your Irritable Bowel movement.

The process of using this berries include grinding the berries or their leaves to powder and then taking it with hot water in a tea like form.

Its mixing with water makes it useful not only for reducing bowel movement but also replenishes the lost water in the body.

This mixture can be taken several times daily and is confirmed to reduce inflammation in the digestive tract hence reducing watery stool and loss of nutrients.

Apple juice might seem contradictory to the rule that states that one should stay away from sugary food while dealing with diarrhea but that is not the case. The juice contains natural sweetener and has no sugar content.

The reason apple juice is a favorite in treating diarrhea is that it contains large amount of nutrients which help replenish the already lost ones in the process of stooling, it replenishes water and lastly it has a sweet taste which makes it suitable to be used for treating diarrhea in little ones and toddlers.

Apple juice can be home made using a blender or hundred percent natural ones without sugar can be bought at stores for a relatively cheap price.

It is advised to sip on this juice between and not during meals to make sure that it is very effective, and once again take note to avoid surgary substance as this would only worsen the case if the individual suffering from diarrhea.

Honey is one of the conventional method of reversing effects of diarrhea that has been around for thousand of years.

The use of honey is a favorite because it can be used in both adults and toddlers while there is low percentage of negative reaction to it.

Honey is preferably mixed with water and is sipped on in between meals through out the day, it helps to regulate bowel movement and also provide water for the body system.

This might seem like an absurb method but it is equally effective as the rest of those mentioned earlier. The process involves getting 100 percent natural orange fruit and peeling of the outer part.

It is this outer part that is used to create a juice which is consumed to regulate bowel movement within a short period of time.

After the outside part of the orange is peeled, it is boiled in water for a period of at least 20 minutes and the juice contained in the peel is allowed to dissolve in the water. You can then sieve to collect the juice and it is ready for consumption. The juice can be mixed with honey or any non sugary sweetener to create a pleasing taste.

Note that only a small quantity of water is to be used when boiling the peels as to make it concentrated and very potent.

Orange peel will help aid digestion and within a short while the effects of diarrhea should be reversed.

Apple Cider Vinegar is a favorite to use when bacterial infection is believed to be the cause of the diarrhea. The drink has antibacterial elements present in it and is also useful in rehydrating the body system.

Although, it is advised to consume apple cider vinegar in small quantities as opposed to other methods, and it should not be used on toddlers.

The juice can be taken 1-2 times per day and should not be more than that.

When suffering from diarrhea the best type of food to consume are mostly fruits and vegetables as the body can easily digest them and they contain a lot of nutrients lost in the process of uncontrollable stool. Fruits that have high juice contain are also used to replace the lost water.

While it is very important to help yourself recover fast by consuming this fruits and vegetables you must also avoid some such as mangoes or strawberry and some others because they are most likely to worsen your case.

One should not consume too much of this fruits at a time as it could lead to further bloating.

Broth is a one of the ways to consume food to replenish lost nutrients when suffering from diarrhea. An advantage this provides is that food can be consumed easily especially for people suffering from bloated stomach and it also help thickens stool.

When preparing broth it is preferable to use vegetables and meat or foods that have been listed above that help thicken stool and reduce bowel movement.

Eating broth can be used to replace normal food when suffering from diarrhea as it is easily consumed and the right combination has much more nutritional content than normal food.

It may be a rare ingredient but if you can acquire it, chamomile is very effective in dealing with diarrhea.

Chamomile is a plant that of Europe or Asian origin and is often used in making soups in many household. To use this plant it is boiled in water for a couple of minutes and then the patient is to sip on the mixture.

All the methods listed above are very useful in taking care of mild diarrhea. It is important to note the use of the word ?mild? in the previous sentence as in some cases those ingredients might not be enough to take care of it.

In these cases the symptoms are just signs that precede a greater ailment which would require serious medical treatment. So, if you use any of the home remedies listed above and do not see positive results in a couple of days please go see your doctor.