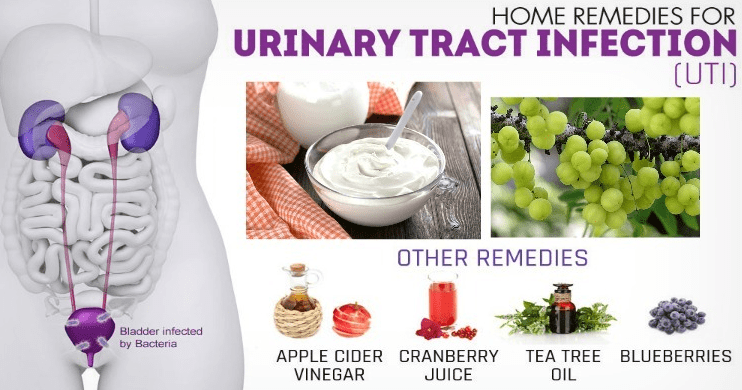 Sometimes people suffer from Urinary Tract Infection(s) UTIs without even being aware if it. They complain of itching and difficulties when urinating without knowing they are already infected.

To put it note candidly, UTIs occurs when bacteria from outside the body gets inside the urethra (that is the urinary tract) and then causes an infection. Women are said to be twice as likely to be infected than men. This is because the female anatomy is shaped in a way that makes it easy for bacteria from the vagina or the rear areas to get into the tract. The parts of the urinary tract that are usually affected include the kidneys, ureters, bladders etc. As studies have shown, nearly half of all women will experience a UTI at some point in their lives.

Some of the symptoms (specifically when in the lower region include pain during urinating, frequent urination, feeling the need to urinate despite having an empty bladder, urine with very strong odour etc. Symptoms of the upper region infection include fever and pain along with the other symptoms mentioned earlier. In some very rare instances, the urine may appear bloody. These symptoms are not usually visible in older and very young people.

These symptoms may vary from mild to severe depending on how long it has stayed in the body. Some people may experience pain above the pubic bone or in their lower back also, fever or nausea and vomiting may also be noticed while the urine may contain visible signs of pus in it.

UTIs affect children as much as anyone else. The only visible sign or symptom in children is fever. Due to fact that other more pronounced symptoms are not visible in children, when girls under the age of two or males (uncircumcised) less than a year old exhibit a fever, a urine culture is often recommended by many medical practitioners. This is because at their young and tender age, they are not yet susceptible to exhibiting such severe symptoms. Therefore the moment you notice symptoms such as fever, of restlessness in a ?child, kindly take them to the hospital so that proper treatment can be administered.

Other ways they may show it include poor feeding habits, weight loss, vomiting, sleeping more or jaundice. For children up to five years old and above, they may start bed-wetting due to urinary incontinence and loss of bladder control.

For elderly people, the symptoms are little or none at all. Because oftentimes, they can be misdiagnosed with senior dementia because UTI can also take on the symptoms of dementia which can then lead them to have some behavioural interactions such as confusion.

As such, most of them experience this and may not even know they are experiencing it. Also, it has been discovered that the risk of getting infected with UTI increases with age (which means the older you get, the more likely you are to get UTI). Elderly people should more likely get tested regularly atleast twice in a month because they are the most likely to be affected.

Here are some of the reasons why they are more vulnerable to get UTI:

In younger people, emptying the ?bladder frequently helps to flush out the bacteria and keep it from accumulating in the bladder. But for the elderly, the weakening of the muscles of the bladder leads to more urine being retained in the bladder, little or no emptying and incontinence which ultimately leads to UTI.

For elderly men, having an enlarged prostrate can lead to an obstruction in urine flow and urine stagnation while in elderly women, due to the weakness of supporting structures, it can also have the same effect. In either of both scenarios, little or poor bladder emptying can become a breeding ground for the growth and colonization of the bacteria that causes UTIs.

For the elderly people, once it is diagnosed, the next step is antibiotics. They are usually caused by some grams negative organisms so in order to combat them, broad-spectrum antibiotics are usually given.

To properly treat UTIs in the elderly people (especially) is of course to prevent it from occurring. To prevent them or at least reduce their occurrence, the following should be done:

Avoid using douches or any other feminine hygiene products (these ?include vagina wash and scrub)

Minimizing the consumption of fluids that tend to irritate the bladder. Examples include ?alcohol and caffeine.

Taking unsweetened cranberry juice or supplements. However this should be done with utmost care especially if you have researched and you nor your family do not have a history of kidney stones.

Drinking lots of water (this has to be the most important tip because drinking lots of water keeps the the urine healthier and clearer. It also helps empty the bladder more frequently which is a good thing to avoid having urine retained. Note: If you drink water often, you will notice that your urine will be very clear almost like water instead of the thick yellowish colour it has.

Keeping the genital areas very clean (especially for the women). If they are wearing adult diapers, it should be changed very often. Do not wait for the waste to accumulate before changing. Also cotton under garments are the best to wear instead of polyester. They are definitely more comfortable on the skin and will not irritate the delicate skin in the pubic area.

Always wipe the genital ares from the front to the back. This is to avoid transferring germs from the back to the genitals (which is open and therefore a breeding ground for infections). If these tips are strictly adhered to, the risk of contracting UTI will be greatly reduced. Also while using public toilets be sure not to sit on the cistern. Also wash your genitals with water and a mild toilet soap.

UTIs are very common during pregnancy. This is because the growing foetus can apply pressure on the bladder and the urinary tract. This can trap bacteria or cause urine to leak. This is why pregnant women are usually pressed every now and then. There are also some physical changes to consider because as early as six weeks I to the pregnancy, most women experience urethral dilation (a situation which occurs when the urethra expands and continues to do so until delivery time).

The larger urinary tract, along with increased bladder volume plus decreased bladder tone all combine to cause the urine to be still and fill the urethra thereby allowing the bacteria to grow.

In addition to all these, a pregnant woman’s urine gets more concentrated because it contains more hormones and sugars. These too can encourage bacterial growth ?and lower their bodies’ ability to fight off bacteria trying to get in.

Any infection that occurs during pregnancy can be extremely dangerous both for the women and the baby. This is because infections (of any kind) increase the risk of premature labour.

To prevent UTIs during your pregnancy do the following:

Wearing only cotton under wears: this is very important but most women are not aware and use polyester. The reason could be because washing amd maintaining the cotton pants can be quite a chore. ?This is because stains tend to stay longer and washing it is not as easy as the rest of other materials

To combat this, you should soak them with bleach and some antiseptic to ena me to dirt dissolve away before washing them proper.

Ditching under wears at night: Panties should not be worn to sleep. This is because it stops air from going into the genitals. Therefore at nights, ditch the panties. Just have a bath and them get some sleep. Trust me, you will definitely be better for it. Besides, you will not work to experience the itches and irritations that may come with wearing panties to sleep at night

Avoid douches, perfumes and sprays in that region. This is another mistake a lot of women make. Aside from the ?risk of getting a UTI, it is actually not safe to use wages and scrubs on the vagina. This is because that are strong chemicals and can even cause cancer to the women. You must also realize that the vagina is a self cleansing organ. So it constantly cleanses itself while still leaving the amount of bacteria needed to keep it healthy.

?Drinking plenty of water to stay hydrated (need I emphasis this)

Aside ?from antibiotics, there are some natural cost effective home remedies to UTIs. Some of them include the following:

Drink Plenty of Water: Your hydration status has been linked to the risk of having UTIs. This is because regular urination helps flush bacteria from the urinary tract. Therefore drink lots of water- you can add variations such as lime water, lemon water, cucumber water etc. Just be sure to take lots of fluid which will help remove bacteria from the urinary tract. Water is probably the cheapest and also one of the most effective ways of treating the infection. Therefore drink lots of water not just when you have eaten.

Take Cranberry Juice and or Supplements: Cranberries have been noticed to help with UTIs. That is if they are taken without being sweetened. If you want to get the best out if it, you can blend the cranberries yourself and the extract the juice.

Increase Your Vitamin C In take: Vitamin C is said to increase the acidity of the urine which will in turn kill the bacteria that causes infection. Fruits and vegetables are very natural sources of Vitamin C. Therefore, instead of taking supplements try adding the following to your dishes: red peppers, ?citruses kiwi fruit all contain the full recommended amount of Vitamin C per serving.

Take Probiotic: These are beneficial micro organisms that are present in foods or supplements. They can be found in yoghurts (because they are fermented). They are also found to be very effective instead of just antibiotics which can cause disturbances in gut bacteria.They also reduce some of the side effects that are associated with the use of antibiotics.

Bottom line: Use probiotics in addition to the antibiotics being recommended. Both of them are very effective together and will speed up the healing process.

Practise Some Hygiene: Start by not holding back urine for too long. Keep the bathroom clean and always have clean water, tissue and toilet soap easily accessible. Urinating after sex can also reduce the risk of UTIs by preventing the spread of bacteria.

Try Some Natural Supplements: which have been shown to have anti microbial properties and is capable of limiting the growth of bacteria. Some of the natural supplements include garlic extract, Garlic Extract, Cranberry Extract, Bearberry Leaf and D-Mannose.

According to Healthline.com, the above 4 supplements are very effective in preventing Urinary Tract Infection and preventing recurrence.

More in Diseases And Treatments

Beware Of These Foods That Kill Testosterone & Lower Your Sex Drive
Fatty Liver Home Remedies: How To Treat And Reverse Fatty Liver Naturally
To Top
Go to mobile version