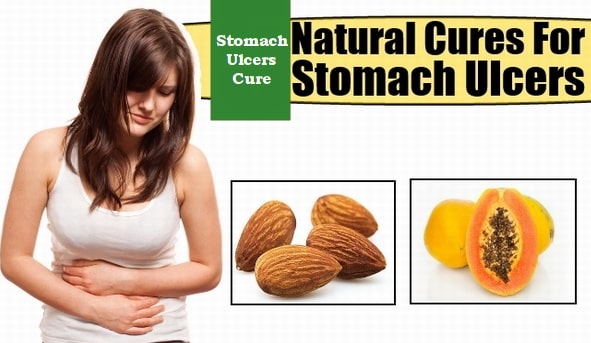 How To Cure Stomach Ulcers Permanently With Home Remedies

Research shows that about 10% of humans will experience a form of stomach ulcer during the course of their lives. This means that out of every 10 people, at least 1 person has, or will have stomach ulcer.

This seeming ubiquity of stomach ulcers has sparked several researches for effective remedies for the problem. Stomach ulcer can be treated using conventional medical methods like using antibiotics and other medications to control stomach acid. However, there are also alternative treatment options for stomach ulcers ? which is the purpose of this article.

In this write-up, we shall take a look at some of the common effective natural remedies for stomach ulcers, which can be done at home.

What is stomach ulcer?

An ulcer is localized inflammatory sore that affects an internal mucous membrane like the stomach linings. Ulcers can occur in different parts of the body. Stomach ulcer, also known as gastric ulcer, is a type of peptic ulcer that basically affects the stomach.

As with other forms of ulcer, stomach ulcers happen when there is a reduction of the protective mucous lining of the stomach. This reduction is caused by several factors, such as an excess production of stomach acids.

As mentioned earlier, stomach ulcers occur when the mucus lining of the stomach begin to be reduced. And as said, the reduction may arise as a result of various factors. That said, stomach ulcer can be caused by any of the following:

Signs and symptoms of stomach ulcer

The following are some of the major symptoms of stomach ulcer:

Several factors may contribute to the risk of developing ulcers in the stomach. The following are some of the most common risk factors:

The following are natural alternative methods that can help in the treatment of stomach ulcers:

Although many of the remedies mentioned in this article have been proven to be effective in treating stomach ulcers, you still need to consult with a doctor before trying any one. This is especially true if the symptoms of the ulcer are very severe or they do not improve, even after home treatment.