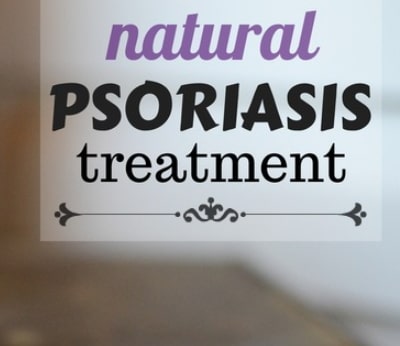 Statistical reports estimate that about 7.5 million people living in the U.S have psoriasis. While this number represents less than 2% of the entire U.S population, the increasing occurrences of psoriasis calls for some attention.

One good fact about psoriasis is that it is not a contagious disease. That is, you cannot contract psoriasis by getting in contact with someone suffering from the disease. However, like many other diseases, psoriasis there is no known cure for psoriasis, at least for now. The best that can happen is for the disease to go into remission, causing the skin to revert to its normal state.

There are measures that can be taken in order to manage the symptoms of the disease. These treatment methods can be as simple as applying anti-psoriasis creams on the affected skin area or as complex as exposing the affected skin to ultraviolet light.

In this article, we shall focus our beam on natural ways of treating psoriasis that can be done at home.

Psoriasis is an inflammatory skin disease that is marked by dry, red patches on the skin, which I is covered with scales. This is a chronic disease that accelerates the life cycle of skin cells making the cells to accumulate on the epidermis and the extra cells forming scales and the patches.

Basically, there are five major types of psoriasis namely:

Other rare forms of psoriasis include nail psoriasis and psoriatic arthritis.

Although there are various factors that contribute to the development of psoriasis, such as genetics, the exact cause of the disease remains unclear. A hypothesis suggests that the disease may be due to a malfunctioning of T cells in the immune system. Hence, psoriasis may be classified as an autoimmune disorder.

That said, psoriasis may result from the effect of various factors. Common factors that increase the risk of developing psoriasis include:

While this is an article about natural methods of reducing psoriasis symptoms, it is important that you first consult with your dermatologist before going on with any of the aforementioned remedies.