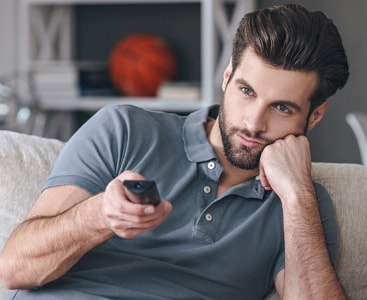 Every now and then we get to read about some substance or lifestyle behavior which can increase the chances of getting cancer; with many of these reports are unfounded (clinically). With the increasing deaths related to various types of cancer, it is no wonder people continue to seek ways of avoiding this menace.

In this article, we will try as much as we can to introduce you to some of the proven habits that can predispose you to cancer. We?ll take a look at these habits by grouping them into bad habits, and good & common things that increase the risk of cancer.

Bad habits that can lead to cancer

There are many research reports that link a sedentary lifestyle ? sitting for prolonged periods ? to many health problems including cancer. One of such reports, by some German scientists, found out that sitting around for too long increases the risk of lung, colon, and endometrial cancers. So, if you want to stay away from cancer, don?t be a ?couch potato? instead do some physical workouts.

Regular consumption of beverages and foods with high sugar content have been found to increase the risk of certain cancers. The underlying reason is this: too much sugar in the body causes a rise in insulin content that favors the growth of some cancers. Moreover, these drinks are medically considered as unhealthy because they promote health problems like obesity and cancer. If you must consume these drinks, then please, do so occasionally or get diet (no-sugar) variants of the drinks.

Drinking lots of water is a no-brainer. There are so many benefits which the body derives from drinking lots of water including detoxification ? the process of getting rid of harmful substances in the body. When there is an insufficient supply of water in the body, organs like the kidney and liver may not function properly which can increase the risk of bladder cancer. So, start drinking plenty of water to reduce your chances of getting a cancer.

Too much alcohol is bad for your health much like drinking plenty of water is good for you. Drinking 2 or more alcoholic drinks daily increases the risk of liver, colon, breast, and throat cancer. Like everything in life, moderation is the key here; so, if you must drink alcohol make sure you are not burdening your organs.

Tobacco smoking has been to lung cancer according to various reports. Whichever way you choose to smoke your tobacco: using a pipe or a cigar, the risk is still there. Besides the risk of direct smoking, secondhand or indirect smoking can also increase the risk of cancer, albeit at a lower rate.

The body is controlled by many chemicals including hormones. One of such hormones, called melatonin, is responsible for stimulating sleep. You might be wondering what the relationship between a sleep-inducing hormone, TV and cancer is; well here it is: in 2010, a study found that the light from your TV when you leave it on while asleep can interfere with melatonin in the body, thereby leading to prostate or breast cancer. If your only way of falling asleep is by leaving your TV on, then you need to find a better, non-cancer-causing way.

You can increase your risk of getting cancer when you add in more gas after the nozzle has gone off. Adding the extra gas has been found to interfere with your car?s vapor recovery system and ultimately producing carcinogenic substances in the air.

The risk of colorectal, prostate, and pancreatic cancers is increased when you eat processed meat. Moreover, processed meat has been categorized as a carcinogen by the International Agency for Research on Cancer. If you must, then you should consider going for veggie dogs.

Like the previous point ? eating processed meat, the consumption of slightly burnt meat has been found to have a link with increased cancer risk. According to the National Cancer Institute, when meat is left to cook at high temperatures, harmful chemicals are produced in that have carcinogenic properties.

While most people tend to use sunscreen when they visit the beach to prevent sunburn, the benefit of wearing this cream can also come in handy during normal outings. The Skin Cancer Foundation recommends that the use of sunscreen should not be limited to beach-outing days, but should be extended to other days in order to lower the risk of skin cancer.

The risk of lung cancer is increased when people breathe in polluted air. The WHO (World Health Organization) released a report in 2010 which showed that polluted air containing carcinogenic substances lead to more than 200,000 deaths. Apart from this,, inhaling polluted air has been found to be linked with bladder cancer.

Although this point remains to be debunked due to the limited researches, a recent research result has hinted at the potential risk of breast cancer when people drink from plastic beverage containers. This report is based on the fact that such containers may contain harmful chemical compounds like BPA, which can adversely affect the body.

It is advised that you put off your phone, or put it in airplane mode, or to put it away from you before bedtime. This is because phones, especially smartphones, emit radiation that may be harmful to the brain. Prolonged exposure of this radiation can lead to brain cancer or other ailments.

Good & common/harmless things which can increase the risk of cancer

While this might sound and look innocuous, it isn?t completely so as a recent report by the Environmental Working Group showed that certain laundry detergents have potentially carcinogenic chemicals. There are similar reports which show that exposure to the said chemical(s) increased the risk of liver cancer in animals.

Recent research results have hinted that the aluminum compounds used in making deodorants can increase the risk of breast cancer. These compounds are active because they prevent perspiration when applied to the skin. However, they can interfere with hormonal (estrogen) operations in women with the tendency to form cancer cells in the breast.

Some cosmetic products like makeup have been found to contain parabens, which are dangerous chemicals easily assimilated into the skin. The use of such products can be totally avoided if you decide to use natural methods of beautification.

Women who use baby powder also known as talcum powder in the perineal region have an increased risk of endometrial cancer. This is based on a study in 2010 which suggested that the risk of this type of cancer can go up by as much as 24% in women that use baby powder.

Machines make our life easy, simple, and fast; how much more an essential kitchen machine like the microwave. Making microwave popcorn is fast and easy, but you may have to reconsider as they have the potential of causing bladder and lung cancer. This is because they contain a harmful chemical substance called diacetyl, which gives the buttery flavor.

A study by Environmental Health Trust found that women who wear their phones in their bras developed breast cancer after several years. This is not only peculiar to women as men who carry their phones in their breast pockets are also susceptible to the risk. Thus, it is highly advised that you use a phone holster or purse to carry your phone. Furthermore, it is recommended that you switch of your phone when not in use and check for possible signs of breast cancer early enough.

It has already been stated that there is a relationship between melatonin operation and cancer formation. A not-too-recent study showed that night shift workers have an increased risk of breast cancer due to the inhibition of melatonin production. This risk is further increased if the shift has been done for a long time.

As harmless as it seems, the relaxing effect of burning scented candles can be a source of some unforeseen damage. For one, this type of candles is known to contain benzene and/or toluene, which are potentially harmful to the lungs. In short, the use of scented candles can increase the risk of lung cancer.

Birth control has not been better and simpler than through the use of contraceptives. However, women who make use of this birth control method may need to reconsider as it has been found out that all types of oral contraceptives can increase the risk of liver, cervical, and breast cancer. This is because these birth control pills contain hormones that promote cancer growth.