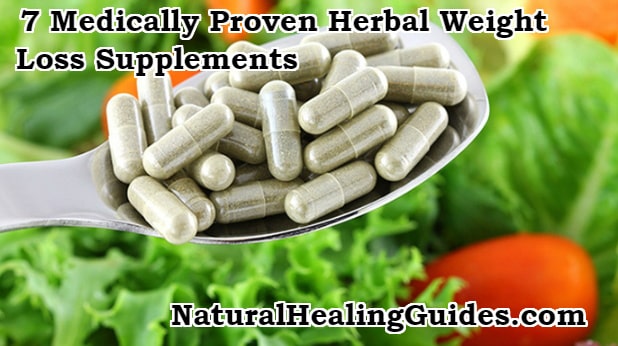 Herbal supplements and pills have proven to be very helpful in acquiring significant weight loss results, their makeup which often consists of several herbs mixed together and ease of use has helped them make their name in the global market.

These ingredients have also been subject to several criticisms over the years, with many doubting their effectiveness, and it losing herbal products losing public confidence because of manufacturing companies cutting corners to enrich themselves at the expense of the consumers.

Capsaicin is an element that is found in spicy foods such as peppers. It is the main component that gives this food their hotness and is capable of aiding weight loss. How it does this is that capsaicin increases energy levels in the body, thus helping to burn fat and calories.

Its source, however, which is spicy food such as the different varieties of pepper like Cayenne pepper can not be consumed regularly due to their hotness amongst other things. This is where the use of capsaicin supplement comes into use acting as a very good alternative which can be consumed regularly and with ease.

There have been several reports over the years on the effectiveness of the bitter orange extract and its health consequences, and even though there has been no formal medical test to prove whether it aids weight loss and how it does, it remains one of the most used approaches with many positive testimonies to its name.

The bitter orange extract is gotten by peeling of the outer part of the citrus fruits and it going through different production processes. Its function which is believed to help in weight loss is it acting as an appetite suppressant. This leads to low calorie and food intake, ultimately leading to weight loss in the long run.

Green tea is one of the most widely used herbs for weight loss. It has several component parts which not only aid weight loss but offer other health benefits such as reversing effects of inflammation, repairing damages in the digestive tract and boosting of immune system amongst other things. This herbal tea, however, has to be taken regularly in large quantities to ensure effective results, a condition that might not be easily met by its users.

This is the major determining factor that has led to the success of its supplements as an alternative over the years. It works by boosting metabolism, detoxifying the body and suppressing appetite, all of which contribute to significant weight loss. Green tea extract can also be used for long-term as it prevents reoccurrence of the condition and helps to maintain lean mass in the long run.

The commonly consumed type of coffee is the one that has been processed and gone through several production stages to become the dark brown powder which is known by most of the public. This stage of coffee is rich in caffeine, an element which also aids weight loss but the coffee has been stripped of many of its components and its potency reduced.

Green coffee is the stage when the plant has just been harvested, it is most potent at this stage and is very rich in antioxidants and elements that aid weight loss by suppressing appetite and boosting metabolism amongst other things. It can be easily gotten in stores for a relatively low price and can be used for long term.

Raspberry ketones are found in the varieties of berries; they are more concentrated in raspberries but also occur in minute quantities in the other varieties. It is believed that this herb aids weight loss by stimulating functions that break down fats in the body system and also boost metabolism.

Glucomannan is an extract from a plant named Konjac, which has its origin in Asia. It is a form of water soluble fiber which has been found to be very effective in weight loss, and it does this through its minute but very effective methods.

The first way is that similarly to other types of fiber; Glucomannan reduces appetite by absorbing water in the digestive tract thus slowing down the digestive process and keeping an individual full for much longer. All these attributes help aid weight loss in the long run but should be used with caution as could have serious side effects.

Garcinia Cambodia is a herb that is native to Indonesia, it is otherwise known as Malabar tamarind and has been found to be very effective in aiding weight loss. Garcinia Cambogia is capable of stimulating and stopping production of fat cells in the body, an exceptional ability. It also helps to reduce appetite and offers other health benefits such as regulation of blood sugar amongst other things.

Garcinia Cambogia is also capable of improving overall heart health by reducing levels of unhealthy cholesterol (LDL) in the body system. It aids weight loss by stimulating severe bodily functions, and this also comes with some side effects. This herbal supplement has been found to cause liver problems and is often accompanied with other minute side effects.