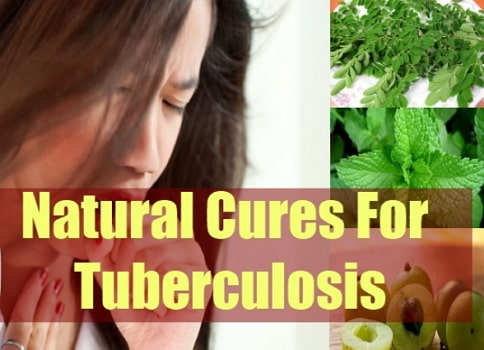 Currently, an estimated 1.7 billion people living on earth are infected with tuberculosis. This makes tuberculosis a sort of an epidemic disease, even if it lost that status decades ago. Not long ago, in the 20th century, it was estimated that tuberculosis was the leading cause of death in the U.S.

Nowadays, tuberculosis can be treated or prevented by using several methods, including the use of antibiotics. However, a drawback of most of these conventional methods of treatment for tuberculosis is the fact that you have to use them for long periods before getting positive results.

In this article, we shall be briefly looking at some methods of treating tuberculosis using herbal plants, and which can be done at home. But first, like in other posts, let?s get to know some more about the disease itself.

Tuberculosis, or simply TB, is an infectious disease that is caused by the transmission of bacteria from one person to another. The disease usually attacks the lungs and is marked by fever and small lesions in the lungs.

Besides the lungs, TB can also affect other parts of the body such as the spine and the brain, especially during the acute stages of the infection. Tuberculosis can be life-threatening, especially when it is left untreated or not treated properly.

At the root, tuberculosis is caused by a class of bacteria called tubercle bacilli or Mycobaterium tuberculosis. And as previously stated, the bacteria are transmitted from person to person through inhalation or ingestion of the microbes. The bacteria spread when a person with active tuberculosis sneezes or coughs so that an uninfected person inhales the bacteria-containing germs.

Signs and symptoms of tuberculosis

Someone who has been infected with the TB bacteria will show no symptoms; this is referred to as latent TB. However, when the infection becomes active (active TB), the person may experience any of the following symptoms:

Take note also, that, the above symptoms are associated with other diseases. Hence, you need to visit your doctor to perform a diagnosis so as to ascertain whether it is TB you have or not.

There are certain factors that can increase the risk of developing tuberculosis. Some of these risk factors are:

Below are some natural substances that can be used for effectively treating tuberculosis:

While the above natural remedies for tuberculosis have been proven as effective, they are only recommendations. You still need to consult with a doctor concerning your condition to know the best steps to take.