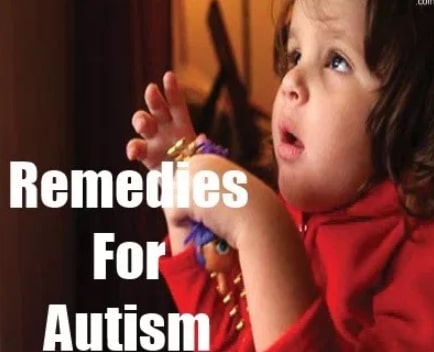 Autism is a growing menace in today?s society. According to a 2018 report by the CDC (center for disease control and prevention), the rate of autism in the United States has more than doubled from 0.8% in 2004 to about 1.7% in 2018.

The increasing prevalence, as well as the associated high cost of caring for autistic persons, has sparked increased interests on ways of how to prevent the disorder. And although autism disorders can be treated, the fact remains that, autism sufferers may not completely grow out of the condition.

There are many ways of caring for and treating persons with autism including the use of medications. The aim of this article, however, is to present some alternative natural treatment methods for autism disorders that can be done even at home.

But, like we do with most articles; let?s learn some more about autism.

Autism is a group of psychiatric conditions that are marked by communication disability, repetitive behaviors, short attention span, and other peculiar disabilities.

Autistic disorder, or simply autism, is the most popular type of ASD. The signs and symptoms of autism are usually noticeable when a child is under 3 years of age.

Other types of autism spectrum disorders

While many people are aware of autism, there are several other conditions that are classified under ASD (autism spectrum disorders) ? a group that also contains autism.

Asperger?s syndrome: This disorder is closely related to autistic disorder in that the sufferers (mainly children) have the same social relations problems found in autistic children. Besides the social problems, Asperger?s syndrome is also characterized by repetitive behavioral patterns.

Childhood disintegrative disorder: This is a rare type of ASD that usually affects children older than two years of age. Before the onset of this condition, the affected children must have lived normal lives, but lose some of their learned skills afterward.

Atypical autism: This group of ASD covers every other type of autistic disorder that does not fit into other groups. It is also called pervasive developmental disorder.

We have already established the fact that autism is not just a single disorder, but a group of disorders. As a result, there are different causes of autism. That said, there are several contributing factors that increase the risk of developing the condition.

According to several research reports, genetic factors such as gene mutations can increase a child?s risk of autism.

The age of the parents (mother and/or father) also plays a role in the development of the disorder. Parents who have advanced in age have a higher risk of giving birth to autistic children than younger couples.

Exposure to certain chemicals during pregnancy can increase the chances of a woman to deliver a child with autism. Chemicals in alcohol, as well as those found in anti-seizure drugs are contributing factors to autism.

The signs of autism are normally exhibited during infanthood (usually during the first three years) and childhood. The following are some of the common sings of autistic disorder in children:

Many children have benefited from therapeutic treatments for autism, with most of them getting cured in the process and returning to normal life. Natural therapeutic methods have also been employed by some in treating autistic individuals with some improvements recorded.

The following are some of the natural home remedies that parents and caregivers can apply as an aid in treating autistic persons:

Epsom salts contain magnesium and sulphur, which have beneficial effects on the body. Magnesium has a soothing effect on the body when absorbed while sulphur promotes detoxification. Adding Epsom salts to a water-filled bath and allowing the affected person inside can bring positive effects in their behaviors.

Studies have found that there is an increased rate of scurvy recurrences among autistic kids. Scurvy is a skin condition that arises due to a deficiency of vitamin C. Thus, eating foods high in vitamin C can help to cure scurvy as well as in preventing it.

Bone broth contains essential nutrients and minerals that are beneficial to digestive health. Problems such as leaky gut in autism sufferers can be alleviated by consuming more bone broth.

Foods with high sugar content can cause digestive problems in autistic persons as some harmful microbes in the gut thrive on sugar. Also most dairy products contain casein, a protein, which can aggravate their condition; hence, should be avoided.

Essential oils like lavender oil can help to reduce symptoms such as anxiety and mood swings in autistic kids. In a particular case (anecdotal), a woman who used lavender oil on her autistic son before bedtime discovered that it helped him sleep better. The report also told that the woman rubbed the oil on her son?s feet to lessen a panic attack.

Homeopathy is a therapeutic method whereby only small amounts of remedies are administered, which in large amounts in healthy persons can produce observable symptoms of the disease. This treatment method can be used in treating some symptoms of autism like short attention span. Further, there are several research reports which suggest that homeopathic remedies can help to improve the symptoms of autism.

Fish oil is a rich source of healthy omega-3 fatty acids which are important for good health. Moreover, according to some research reports, high levels of omega-3 fatty acids can help to promote socialization in autism sufferers, as well as reduce compulsive behaviors.

Gluten contains zonulin, a chemical compound that has been found to have negative effects on the brain and has also been linked with leaky gut ? a common problem with autistic children. Instead of exposing the kids to this risk it is advised that only gluten-free foods should be fed them.

A common symptom of autism is disrupted sleep cycles. The presence of melatonin in the body controls our sleep behaviors; a deficiency in the hormone can cause insomnia, and even depression. Giving an autistic individual melatonin will help to promote good sleep.

Turmeric has anti-inflammatory and antibacterial properties that can benefit the body, especially the digestive tract. In addition to the many antioxidants in turmeric, this common spice can help to reduce some symptoms of autism.

Poultry foods contain tryptophan, which helps to stimulate the production of serotonin in the body. According to a research, ASD sufferers may have a low rate of tryptophan absorption and metabolism, which in turn is detrimental to brain functioning.

Vitamin D deficiency in pregnant women has been linked with an increased risk of autism among infants. Apart from this, a lack of this vitamin is also associated with gastrointestinal problems that affect autism sufferers. So increasing the amount of vitamin D intake by women during pregnancy and autistic children can help to prevent or treat the situation.

Whole foods such as whole grains and other unrefined foods are important for the health of an autism sufferer. Feeding autistic kids with junk foods can make the situation worse as their bodies are already fragile.

Practicing some yoga poses such as the triangular pose or waist back bending can help to improve poor eye contact and body posture in autistic children.

TCM methods such as acupuncture and acupressure can be effective treatments for autism symptoms. Like with other health conditions, autism is considered as a result of energy (chi) imbalance in TCM. Thus, the key to treating autism in TCM is by addressing the energy imbalance.

Good music helps to improve our mood. Using the power of music to treat autism (while still a nascent approach) shows some good promise. Various studies have reported that autistic children who participated in improvisational music sessions experienced some improvements in behavior and communication.

Soy contains phytic acid, which is considered as an anti-nutrient ? something that prevents the absorption of nutrients. Soy and soy-containing foods have been associated with gastrointestinal problems such as leaky gut, and hence, should be excluded from the diet of autistic individuals.

Like TCM, autism can also be treated using Ayurvedic medicine. Ayurvedic methods such as Ayurvedic massage can help in calming an autistic child as well as in reducing some other autism symptoms. The advantage of these methods is the fact that they are very inexpensive. According to a Doctor of Ayurvedic Medicine, the key to treating autism with Ayurveda is by first treating the dasha imbalances.

The treatment methods of autistic individuals differ across persons. Hence, what works for a particular person may not necessarily work for another. The key, then, is to first try to understand the underlying cause of the autism in the sufferer.

That said, autism is one of several disorders classified under Autistic Spectrum Disorders (ASD) and while there is no cure yet, can be treated using a combination of various methods. The remedies outlined in this article are only based on research, and, hence, do not and should not substitute professional medical advice.