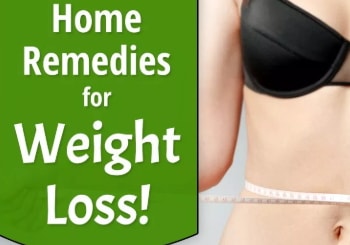 It was not long ago that people started seeing obesity for what it truly is: a dangerous health disease. It is no wonder, that, the AMA (American Medical Association) classified the condition as a disease, in 2013. Before then (and even presently in some places), being obese was regarded as a sign of affluence or wellness.

Obesity is a serious health concern and is regarded as a leading cause of many several health conditions like heart disease and diabetes. A 2015 study showed that more than half a billion persons in the world were obese, with the female population more than their male counterpart. In the United States alone, this menace is rapidly increasing, as about 37% of American adults had obesity in 2014.

Even though obesity can be difficult to treat ? due to its high retrogression rate, there are effective methods of dealing with the condition. This article is aimed at outlining some effective natural remedies for obesity. But first, what is obesity, exactly?

Basically, obesity is a condition of above average fat in the body. In medical circles, a person above the age of 35 with a BMI (body-mass index) of between 25 and 29.9 is said to be overweight, while a similar person with a BMI of more than 30 is considered obese. In other words, a person has obesity when he has a weight that is more than the average for his body.

Since obesity is a function of a person?s body weight, it goes on to say that, weight gain is the major factor that contributes to obesity. For instance, eating more than is required by the body causes a person to gain weight, especially when the diet is high in calories.

That being said, besides overeating, weight gain can be the result of several other factors like:

A sedentary lifestyle is one that encourages unrestrained weight gain. People who sit or lie down for long hours without engaging in any physical activity have a higher risk of developing obesity than those who don?t. Other lifestyle factors that also increase the likelihood of obesity are lack of exercise, consumption of junk foods, etc.

Hormones can also contribute to weight gain in people, especially in pregnant and menstruating women. This is because female hormones like estrogen promote the storage of fats during these periods. Aside from this, deficiency in a particular hormone such as leptin can also lead to weight gain.

Genetics is another contributing factor to the development of obesity. For instance, if a child has obese parent(s), there is a high chance that such a child will be obese as he grows older, if he doesn?t take precautionary measures.

Medications such as antihistamines, oral contraceptives, and antidepressants have been linked with weight gain. While the mechanisms of these medications in weight gain are different, the fact remains that such drugs should be put into consideration, and only taken after due consultation with a medical doctor.

Psychological factors such as stress and anxiety also contribute, albeit indirectly, to obesity. Many obese persons have been found to have the habit of overeating in response to such factors. Further, diseases such as hypothyroidism and Cushing?s syndrome have been linked with obesity.

While there are more, the following are the top ten proven methods of treating obesity through natural methods.

Based on studies, most people suffering from obesity consume lots of processed foods than non-obese people. Processed foods such as grilled meat and cakes are high in calories that lead to weight gain.

Moreover, these foods (processed foods) are made in such a way as to make people eat lots of the foods, inadvertently resulting in food cravings. Therefore, it is advised that obese and overweight persons should stay away from processed foods.

Lemon juice is a great remedy for overweight and obese people. Like most other citrus fruits, lemon is high in fiber, vitamin C, and minerals like magnesium and calcium. The fiber content in lemon helps to promote digestion as well as in curbing appetite by creating a satiating feeling, which aid weight loss. Even more, the citric acid in the fruit aids weight loss by burning fat. Lastly, the detoxifying effect of lemon juice helps to get rid of harmful substances that hinder proper metabolism in the body.

You can use lemon juice for the purpose of weight loss by diluting a teaspoon of the juice with a glass of warm water and drinking. A word of caution though, it is important that you get rid of the seeds of the lemon as the seeds can be harmful to health when ingested.

Apple cider vinegar (ACV) is another common, but effective natural remedy for obesity. According to research, ACV aids weight loss by promoting the metabolism of fats in the body. Drinking a mixture of raw ACV (two teaspoons) with water (one glass) once daily is a natural way of not only reducing excess fat, but can also help to prevent the accumulation of fat in the body. It is important to state here that, taking more than two tablespoons of ACV in one day can cause hypokalemia.

Green tea contains myriad antioxidants such as EGCG (epigallocatechin gallate), which is a chemical compound with great health benefits. EGCG in green tea helps to promote weight gain by increasing the rate that the body expends stored fat as well as by reducing the rate of absorbing fat.

Several studies have proven that green tea is an effective agent for weight loss. One of such studies conducted on mice found that a combination of exercise and decaffeinated green tea helped the rodents lose weight.

To aid weight loss, it is recommended that you drink a cup of green tea thrice or four times each day. For even better results, you can throw in some cayenne pepper or ginger.

The old saying that, ?Water is life? is still worthy of notice. Drinking water helps with weight loss in different ways. For one, drinking water before a meal helps to reduce the amount of food that you will consume. Besides that, water intake also helps to promote the rate of metabolism in the body. So instead of drinking more beverages and soft drinks, you should increase your water intake.

Eating fruits, particularly those rich in fiber, can help to promote healthy weight loss in obese persons. This is because eating fiber-rich foods helps to control appetite and craving by making the person get filled quickly. Most fruits and vegetables are rich in nutrients essential for good health, but low in calories which can be damaging to the health. Apart from these, there are numerous scientific studies which show that the consumption of more fruits and vegetables help to promote weight loss.

Hot spices such as cayenne pepper are beneficial in weight loss diets as they help the body to effectively burn excess fat. Cayenne pepper contains several chemical compounds that aid weight loss. For one, capsaicin, the major ingredient of the spice, has been found to benefit obese persons as it promotes fat expenditure in the body.

Furthermore, other antioxidants present in cayenne pepper such as beta carotene and lutein have been shown to have weight-burning properties.

Adding cayenne pepper to the meal or consuming it as tea by mixing a teaspoon of the spice with hot water is a simple way to get rid of the excess fat. Note, however, that like other methods in this article, it might take a long period of time before any significant results are noticed.

Lack of adequate sleep due to stress or some other reason can also lead to weight gain. To put this into perspective, it is estimated that people who do not get enough sleep have a 55% of becoming obese in comparison with people who actually sleep well. The reason for this is not farfetched: lack of adequate sleep affects the proper functioning of the body, leading to weight gain.

This list would not be complete without including exercise. Exercising should not be limited to only jogging or pushups; obese individuals need to hit the gym and start lifting weights to burn the excess fat and convert the others into muscles. This is probably the most difficult way of shedding off weight; however, it is one of the most effective. Many people who have successfully lost significant weight attribute their success stories to regular exercise.

Obesity is a problem that keeps increasing and is the leading cause of many diseases. Although there are many factors that contribute to the development of obesity, the condition can be prevented and treated by following some methods.

While there are several other remedial methods of treating this problem, we have considered the top ten natural remedies in this article.