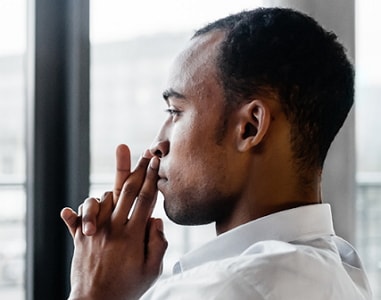 How To Treat Depression On Your Own: Natural Remedies for Depression and Anxiety in Men

Depression is a medical issue that does not choose race or gender. Therefore, men too are susceptible to depression. The only difference is the way they deal with it since from their childhood they are known to hide their feelings. Unless they are bold enough to speak out their problem, identifying depression in a man will always be difficult.

It is for this reason that the rate of depression cases is reported to be high on women than in men. The same situation happens to anxiety. Men are sure to hide their feelings and to suffer alone than seeking help fearing to be touted as ?sissy.?

You will know that you or your loved one is going through depression or anxiety when having the following symptoms.

One thing any man should realize is that depression and anxiety is not weakness and neither is it being ?sissy? instead it is a medical issue. And unlike any other this one has severe ramifications to the extent of being suicidal. Don?t be shy to speak out of your condition since it is the only way to seek for help.

There are many natural depression and anxiety remedies, but we have only picked just a few of them randomly to help you in your journey of healing in a natural way.

Chamomile tea will be a good solution for both depression and anxiety through relaxation. These two health issues can deprive you of your much-needed sleep, and you find yourself wakeful most of the night. Lack of enough sleep can make your case worse since your mind becomes overactive when it is supposed to be resting.

Using a hot cup of chamomile tea before going to bed will do you wonders. You will feel relaxed and get to sleep quickly. The flavonoids present in chamomile are the natural sleep-inducing agents that are effective without any side effects.

One teaspoon of dried chamomile in a cup of hot water and dashed with honey is all you need for your relaxation moment.

Lavender?s aroma is good for soothing and calming your emotions. Inhaling lavender oil or even fresh lavender will relax you and give you calmness that will improve your panic attacks, depression or anxiety.

Get yourself a bouquet of fresh lavender flowers and place them in your house. Whenever you are in need of calmness, just smell those lavender flowers. While using lavender oil, put two or three drops of the oil on your wrist or behind your ears so that you can smell it wherever you are.

Relaxation is the pinnacle of fighting your depression or your anxiety.

St. John Worts has been in use as an antidepressant and for anxiety for centuries. It is a popular old traditional way of treating both of these health issues. It is also the best alternative for treatment for depression and anxiety.

This natural remedy has gained popularity in Germany due to doctors recommending it for treating mild to moderate depression and anxiety. Some professionals in healthcare in the U.S predict that soon St. John?s Wort will be the first choice to be considered while treating depression in its mild or moderate level.

St John?s Wort is sold in capsule form. 300mg taken three times in a day for seven days will surely reverse your condition. However, since it contains hypercin which can sometimes react with your other drugs, consult your doctor before you start using it as your natural remedy.

Some of the vitamin B rich foods are spinach, fish, turkey, cheese, beef liver, milk, fortified soy, fortified cereals, and salmon to name but just a few.

You can also get vitamin B tablets or capsules supplements sold in pharmacies.

Magnesium plays a very vital role in our well being and especially with our brain. It helps in stabilizing some dynamic chemicals used by the brain for its function.

Many for its rich flavor know saffron as the best in cooking. What you might not know is, it is packed with vital health benefits. Among the health benefits it has is fighting off depression and anxiety. Taking saffron will increase the level of serotonin and many other chemicals that are vital in boosting the functioning of your brain.

One study reported that saffron is as useful as regular antidepressant fluoxetine (Prozac) which is used in treating mild to moderate depression. It further stated that saffron does not have side effects and therefore safe to use.

It is known that if you are suffering from depression or anxiety, you have an omega-3 deficiency. Fish oil is the primary source of omega-3 fatty acids. Omega-3 is vital for the functioning of the brain and therefore become one of the best natural remedies for your brain?s good performance

Foods that are rich in omega-3 fatty acids are salmon, flaxseeds, walnuts, chia seeds, and soybeans among many.

If you are unable to obtain most of these omega-3 fatty acids rich foods, you can buy omega-3 in supplement form from your nearest pharmacy. The minimum dosage of taking omega-3 fatty acids is 1000mg, but many are reported to take 2000 to 3000mg.? Anything beyond that will need consultation from your doctor or natural herbs practitioner.

Your health and well being is in your hands to control it and steer it healthily. Besides using the natural remedies, you need to stay active by planning your day and living to your plan. To begin with, don?t make grand plans that can stress you if you don?t meet them, instead make small plans that you will feel good after achieving them. Such plans will be like visiting a friend, taking a brisk walk or going shopping.

Being physically active is one way to your healing process along with eating well-balanced foods including the foods we mentioned and having enough sleep. Facing your fears instead of running away from them by drinking alcohol or using drugs will enable you to overcome those fears.

Be happy, enjoy yourself, and have a stress-free life.