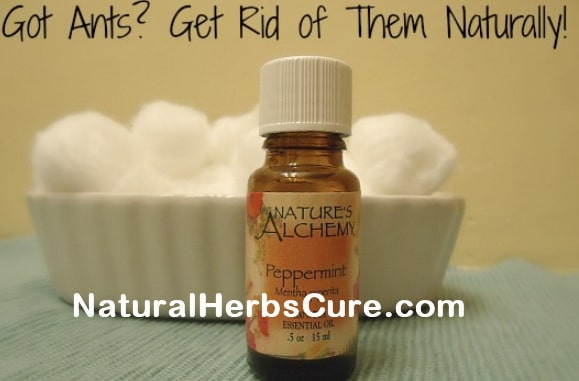 Home Remedies For Killing Ants: How To Get Rid Of Ants Inside Kitchen, Bedroom, Bathroom & Outside Naturally

Ants are super social organisms which their adaptability and coordination among one another have been a great source of inspiration to man and scientific research.

Naturally occurring in over 25000 species and still counting, they have grown to dominate the terrestrial environment building colonies ranging from a few tens to millions.

Although these social organisms are essential to various environmental processes that ensure survival and preservation of the entire planet, their activities often conflict with that of man. Their activities have been associated with the destruction of farms, infestation of gardens and taking over of homes amongst other things.

These organisms are characterized by their extremely social nature and coordinated work, thus effectively getting rid of them requires stringent methods. We have therefore decided to help you compile an article detailing the various types of ants, their reasons for infestation and effective methods to efficiently get them out of homes.

Carpenter ants are among the largest species of ants that invade homes. It is normal to see them once a while in various places around the house, but their colonies and nest are often located outside where decayed substances or wood can be found. They are characterized by their large size and pitch black color.

If you live in hot areas, you are most likely to come across the species of ants once in a while because although their colonies are located in dry areas outside homes, they come in in search of food and water.

They are small and red in appearance thus the name Fire Ants and are notoriously famous for their painful bites.

This is the species that is most famous for invading homes in large quantities, and even though they do not pose any threat, they constitute a nuisance in homes.

They are found in different areas of the house always in search of food, their favorite being sugary substances. Another attribute which makes them intolerable to humans is their terrible odor when crushed.

This specie of ants are famous for their dark upper body and transparent lower one which gives them some sort of camouflage thus the name Ghost Ants.

They are also known to invade the internal part of homes due to their preference for warm and dark shelter. In similarity with odorous ants, they are fond of sugary substances and also emit a terrible odor when crushed.

Cause Of Ant Infestation In Homes

Ants are social organisms that are always wandering around in group and individuals, they are always in search of food and better places to build nest and colonies.

If during the search of such they come across crumbs of food, opens cans of food or any other source littered all around the home, they keep coming back and once they find it to be a regular source they return in large quantities and are on their way to building a colony nearby.

Also, indisposed trash or litter is another factor that is capable of attracting ants in large quantities ultimately leading to infestations.

An untidy and scattered environment provides for ants the warm shelter which they often seek. After that, they begin to search for food and breed at a very fast rate.

Although most ant species would prefer making a nest in the external parts of the house and only coming in for food, others such as ghost ants or odorous ants if given a chance to breed will not hesitate the take over the environment.

It is a well-known fact that ants are well established, having groups among them to ensure their survival. This groups also include workers who are constantly on the move to find new food sources and possible colony sites.

If in the search they come across opening and pathways in homes it often leads to infestation as they would keep coming back.

Having gone through all the information above, you should be well versed with the Ant species and the reason for their infestation. The various methods of efficiently getting rid of them in various parts of the house are given below.

How To Get Rid Of Ants Permanently & Naturally

Peppermint Oil is an effective substance in getting rid of various pests in houses such as mice, rats and a host of others. This also includes ants.

The substance emits a smell that is toxic to them, and when they come in contact with it they lose their sense of communication and coordination. This is a very strong deterrent to ants as they are extremely social organisms that rely on working together for their survival.

To use peppermint oil, the oil should be sprinkled in edges and pathways around the house which you believe can be a source of entrance for ants.

Borax is very effective in getting rid of ants, and it does this in a very subtle manner, with its effects ranging from killing a few ants to destroying an entire colony.

This is because borax is very toxic to ants and them consuming it dries them from the inside out. The process of using borax involves mixing the powder with an edible substance you believe to be appealing to the ants.

The ants then carry the poisoned food to their colony thus poisoning all of them. The use of borax is very efficient, but it requires placing the mixture in common routes of this organ isms so that they can come in contact with it. Also, it is important to keep out of reach of pets and toddlers as it can lead to fatal consequences when consumed.

The use of chalk is another method which has proven to be very efficient is preventing Ant Infestation. This is because chalk powder repels them and disrupts their sense of coordination, so they avoid coming in contact with it.

The chalk can be used to draw a line in areas which are believed to be their pathways, and it is guaranteed that they won’t be coming in any time soon.

The chalk line would have to be drawn regularly as various other factors can lead to it being cleaned up.

Baking soda works similarly to borax by acting as a poison capable of killing colonies of ants when consumed.

Similarly to the use of borax, baking soda powder should be mixed with food substances that are capable of attracting these insects and then placed in their popular paths.

The baking soda affects the composition if their internal body parts and kills others too when consumed.

Coffee grounds have been found to be capable of repelling these insects, and although it does not kill them, it certainly stops them from coming back.

The coffee grounds should be used to lace edges of where the ants are believed to be coming from, and it acts as a barrier preventing them from crossing over into homes. Another advantage of coffee grounds is that when it is sprinkled near their colonies, it frustrates their activities thus forcing them to find shelter in another place.

Vinegar is very useful in preventing ant infestation because it repels them strongly. It can therefore be sprinkled in areas where their activities are commonly noticed, and their nest thus forcing the colonies to evacuate.

Another reason why vinegar is often preferred than other methods is that the substance can be mixed with cleaning ingredients thus applying the mixture in cleaning the household. This gives vinegar a double combo use of keeping the ants away in all areas of the house it was used for cleaning and giving the house a splendid scent.

If you’re in search of methods that can be used to effectively get rid of ants without having to worry about poisoning pets or toddlers, cornmeal is one of the best choices for you.

This food ingredients that can be found in many homes can be put to extra use by sprinkling it on edges and pathways. It acts as a strong repellant to the insects and is guaranteed to keep them out in the long run.

How To Get Rid Of Ants In The Kitchen

The kitchen is one of the most common parts of the house where ants are found. This is because it offers food and shelter needed for their survival and often has a temperature that is favorable to them. The step by step analysis of how to get rid do ants in the kitchen is given below.

The first step in getting rid of ants in the kitchen is to monitor their activities and trace them to their nest. This is important because the nest is the home of the queen which is responsible for reproduction.

Killing a few soldiers without taking out the queen is like pouring water in an ocean. Therefore, it is important to know source of ants before taking needed steps to get rid of them.

Step 2: Use of Borax

The use of borax in poisoning these insects is due to its contagious effects and the ability to destroy an entire colony. The borax is mixed with an edible substance that the ants can carry as mentioned earlier in this article.

The workers carry this poisoned food to the queen, and it leads to the death of the entire colony.

You can then decide to go the extra mile by spraying the nest with insecticides to nsure that there are no survivors.

After the nest and colonies have been destroyed, it is advised to clean the kitchen and continue to keep it tidy as this deters infestation in the future.

Another precautionary activity against infestation in the future is the lacing of edges and pathways with repellents such as peppermint oil, coffee ground and others that will keep the insects out.

How To Get Rid Of Ants Outside The House

Some species of ants prefer to establish their nest and colonies in areas outside the house. It may be the garden, lawn or pavement. Nonetheless, their activities often tend to lead to damage of crops and disintegration of the land mass of the area in which they are found. It is therefore paramount to engage in stringent measures to get rid of these insects before they cause further damage.

The use of borax in getting rid of ants in the garden or any other external part of the house is similar to that of the inside.

The borax is mixed with sugar or honey, and it acts as a poison when consumed by the ants.

This is another effective method of dealing with getting rid of ants in gardens and an extra advantage is that it does not pose any threat to the plants in the environment.

The ingredients can be sprinkled in areas around the garden and used to make a barrier around it to prevent the insects from crossing over and causing damage.

Cinnamon is another method of getting rid of ants in gardens and external parts of the house without having to worry about negative consequences to plants and sometimes pets.

The ingredient helps repel ants from the garden and in similarity to other ingredients it can be used to create a barrier around the garden.