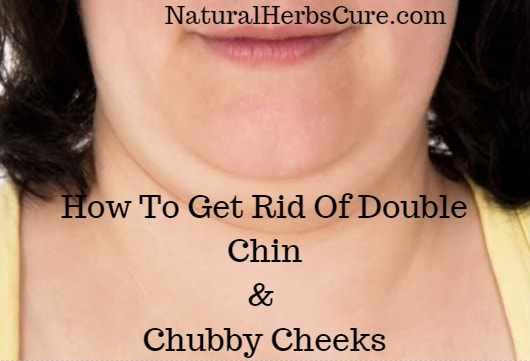 How To Lose Face Fat Naturally: Home Remedies To Get Rid Of Double Chin And Chubby Cheeks

Having a perfectly streamlined face is among the top wishes of every individual, be it models that walk the runways in New York or a young school boy. Although some people are naturally blessed with such facial features other find themselves not so lucky due to various reasons such as genes, diet and a host of other factors that lead to accumulation of fat in various parts of the body especially the face leading to conditions known as double chin or chubby cheeks.

Chubby cheeks and double cheeks are of no disadvantage and in some places are loved and regarded as a good look but some others have a different opinion about that.

Fortunately, getting this facial appearance? is not impossible and sticking to a lifestyle of adequate exercise, proper diet and many other activities will help get the desired results in a matter of months.

Below are the causes of double chin and chubby cheeks and effective methods of getting rid of them.

Age is one of the main causes double chin and chubby cheeks. It is a well known fact that the human body system functions as a wear and tear system and so over time bodily functions and organs drop in optimal performance and this includes the skin.

In adult years the skin begins to lose its elasticity thus ultimately leading to sagging which is seen as chubby cheeks or double chin.

Although this may seem inevitable, appropriate daily routines can help prolong its appearance.

Genes are directly or indirectly responsible for various developments in the body be it physical or mental and this include minute things such as development of chubby cheeks and double chin.

After adequate survey and research it has be ascertained that individuals with history of family members with this facial quality have a highly significant probability of developing it themselves.

Although weight gain is not the only reason for development of double chin and chubby cheeks they are quite synonymous and so ensuring an healthy diet is important in? preventing and getting rid of it.

A diet which consist of junk food and other unhealthy food types often leads to unwanted weight gain and thus chubby cheeks.

How To Lose Double Chin And Chubby Cheeks

In order to shape quickly exercises that specifically target that area of the face are required and some of them include.

Tongue Stretch : This involves straining the muscles found in the face by stretching the tongue outside the mouth. It might seem like an absurd method but it has proven to be quite effective over time.

It involves stretching the tougue outside the mouth and raising it towards the nose, it is believed that this helps tone the skin and muscle around in the face thus getting rid of double chin and chubby cheeks.

Chin lifts : Practicing chin lifts involves quite a simple process in contrast to what its name entails. First, the head should be tilted backward in order to put strain on the muscles and skin located on the face and then the lips should be squeezed tightly while pushing them forward.

This should be done for 10 to 15? minutes and is an efficient method in the long run.

Jaw pull : Having a perfectly streamlined and attractive jaw is one of the features a chubby cheek covers up and so a facial exercise that target the jaw is not a bad idea in getting rid of face fat.

Jaw pull exercise exercise involves pulling the Jaws down while imitating a movement that involves chewing although the mouth will remain closed and the lips tightly locked, this should be repeated for 15 seconds and an overall of 20 times. This like other previously mentioned methods helps strain the muscle and skin thus reducing fat while also increasing elasticity of the skin.

Other facial exercises that can help get rid of double chin and chubby cheeks include blowing air, tightly squeezed face and a host of others.

This approach is taken to get rid of chubby cheeks and double chin when it is believed to be as a result of excess weight.

Several food types which have harmful effects on the body such as provision of unhealthy fat amongst other things should be avoided and one should engage in a healthy diet. This includes high content of vegetables, fruits and others in daily meals as this aids weight loss while also providing the body with essential nutrients needed for its optimal functioning. Engaging in a healthy weight loss diet guarantees loss of face fat which is one of the main reasons for chubby cheeks and double chins.

Surgery is often seen as the last resort when other methods have been tried without getting positive results. It is more common among people whose chubby cheeks and double chin are as a result of genes and so they have a harder time getting rid of it.

Facial surgery to get rid of double chin and chubby cheeks can be done in two different ways that have their own unique processes.

This is the only federal accepted method of getting rid of face fat as it involves synthesizing elements that occur naturally in the body to destroy fat cells and does not pose any long term threat to the individual. The main component of kybella is the deoxycholic acid which when injected in wanted areas completely destroys fat cells.

It is an efficient method for completely getting rid of chubby cheek and double grin as the fat cells are completely destroyed preventing a reoccurence in the future.

This involves sucking the excess fat away from the face using different surgical procedures. It is the most common of the different types.

Mesotherapy is the injection of chemical compounds that are capable of dissolving fat into the tissue. This method is quite expensive and takes a period of up to 6 months.

It is advised to stick to surgery as the last resort when treating conditions such as this due to the dangers associated with going under the needle. Surgical procedures could lead to scarring and sometimes more severe consequences. Exercise and Diet should be the first approach when hoping to get rid of double chin and chubby cheeks.

Do facial exercises truly help to get rid of double chin and chubby cheeks?

Yes, facial exercises help in toning muscles of the skin and getting that desired shape but in order to effectively get rid of face fat it needs to be combined with other activities such as a healthy diet amongst other things.

This is because the function of facial exercises primarily are to target facial muscles and so has little effect on the fat quantity, nonetheless when combined with other factors that aid weight loss you are pretty well on your way to getting that well chiseled model face.

How long does it take to get rid of chubby cheeks and double chin?

The interval between treatment and results depends on the treatment method that was employed in getting rid of these conditions.

In cases where a natural approach such as exercise or dieting is employed results usually vary between 3 to 9 months based on how rigorous the process is.

When surgery is used to get rid of chubby cheeks and double chin results are seen almost immediately and the whole process is usually completed in a couple of months and is relatively shorter when compared with natural approach but this quick results are also accompanied with some health risk.

The use of natural methods is advised for individuals but if a quick fix is the goal then surgery is the appropriate approach.

Can I get rid of chubby cheeks and double chin in a week?

It is understandable that you might be in search of a quick fix to get rid of the excess fat that makes your face chubby, this is because natural methods through exercise and diet often take too long and may be very rigorous and so therefore the quickest method to? get rid of chubby cheeks and double chin would be through surgery.

This surgical processes such as liposuction or kybella can be done within a couple of weeks or rushed into being done in a matter of days although it might take a little bit longer for healing to complete.

So therefore if you’re looking for a method to efficiently get rid of chubby cheeks and double chin in a matter of days, you might have to go under the knife.